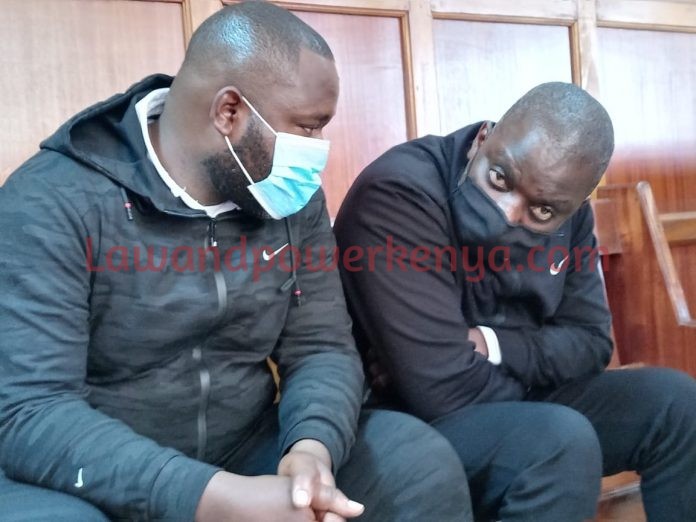 Two men suspected to be involved in the gold fraud syndicate in Nairobi have been arraigned in court over a Sh17 million gold fraud.

The police produced Innocent Muliro and Alexander Kirandakati alias Morgan Junior Jaggwe before Resident Magistrate Zainab Abdul where they sought to detain them for two days to complete investigations.

It is alleged that on diverse dates between 3rd December 2020 and 30th January 2021 in Nairobi county, the two suspects, with intent to defraud, obtained Sh17 million by falsely pretending they were in position to sell gold to the complainant. The two were arrested on 16th February by detectives from the Directorate of Criminal Investigations after a complaint was filed.

The investigating officer Sergeant Dekow Nuno told the court that the case involves a syndicate which comprises fraudsters from different nationalities who are still large and are being pursued.

He told the court that the two are at flight risks since one of the accused is a Kenya who could not provide his identity card while Kirandakati is a Ugandan national who did not produce his passport.

According to the officer, the money obtained was transferred to banks in Kenya and South Africa and so far none has been recovered and therefore required time to obtain bank transactions and phone data.

However, the Magistrate declined to allow their detention for two days and released them on a cash bail of Sh100, 000 each and two Kenyan contact persons. In addition, they were ordered to deposit their passport in court and report to the DCI offices daily for the next two days.