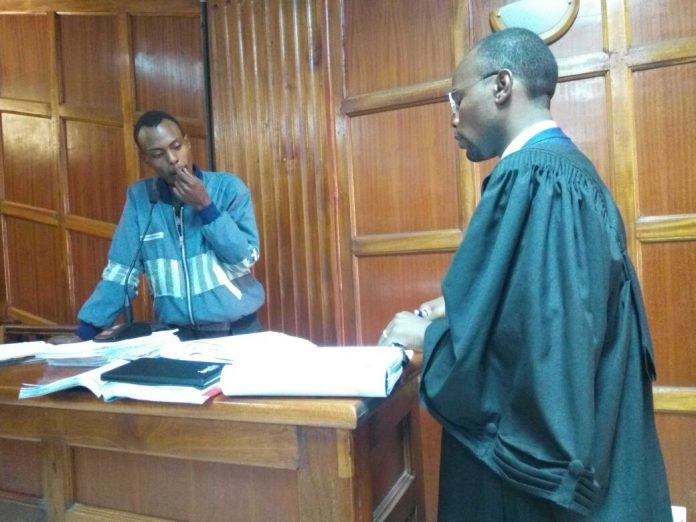 A Jubilee agent left the court in laughter after testifying that he fell asleep when votes from the stream he was manning were being counted.

Edward Gitau confidently told Justice Joseph Sergon that he indeed fell asleep during the counting of votes due to fatigue and only realized that the results had been altered when he saw the form 35A.

Another witness for the complainant who is also an agent told the court that he did not understand what he was taught during the IEBC training before the August 8th election.

In his testimony, Moses Mwangi also told the court that he had no idea that voters were not to exceed 700 in a stream.

“I was trained to be on the lookout for Babu Owino’s votes since he was Muriithi’s competitor,” Mwangi told the court.

Lead in his examination in chief by Muriithis lawyer Kimani Kiragu, the witness told the court that when he signed the form 35A, only Babu and Muriithi’s names were on the form. The other candidates had not been indicated. Mwangi refuted claims that no votes had been added in the form in favour of Babu.

“When I signed the form, Honorable Muriithi had 156 votes whereas Honorable Babu had 21 votes and not 271 as indicated,” said Mwangi.

The witness further added that when he realized the results had been changed, he reported to the chief agent who told him that nothing could be done since the ballot boxes had been sealed.

He also told the court that results appeared to have been changed three times in the Form in favour of Babu Owino.

The hearing of the petition filed by Jubilee candidate Francis Muriithi will continue on 17th, 19th, 21st and 22nd this month.