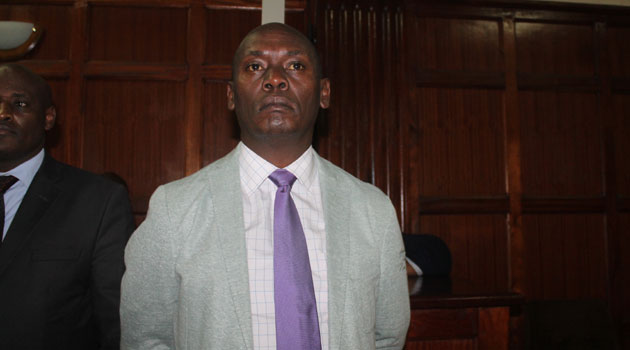 A Nairobi court has acquitted Kiambu County Governor William Kabogo of ethnic incitement charges. Senior Principal Magistrate Martha Mutuku dropped the charges against the governor for lack of sufficient evidence.
In her ruling, the magistrate said that the video clip from the two media houses could not be authenticated since the original raw data could not be produced before court.
The magistrate added that the clip was obtained from a third party and not the media houses and had been edited therefore the prosecution failed to establish a case against the governor.
According to the magistrate, the prosecution was unable to establish that Kabogo uttered words that are likely to cause violence and the community the alleged words were referenced to therefore no direct evidence connected the accused to the words
Magistrate Mutuku also criticized the state for failing to call the person who recorded the incident to testify and confirm to the court whether the Governor made the alleged remarks as the two media houses claimed to have gotten the clip from social media
It was also her view that two witnesses who were called upon to give evidence were not sure whether the Governor uttered the said remarks.
“Prosecution has not established a case against the accused person, I therefore acquit him under section 215 of the criminal procedure rule,” ruled Mutuku
Governor Kabogo was charged with ethnic contempt in august 2016 and was represented by lawyers Mansur Issa and Edward Oonge.
kabogo was alleged to have uttered the words at Thika stadium on November 2015 during musician john de Matthew’s album launch. He denied the charges and was released on a cash bail of 200, 000 thousand.