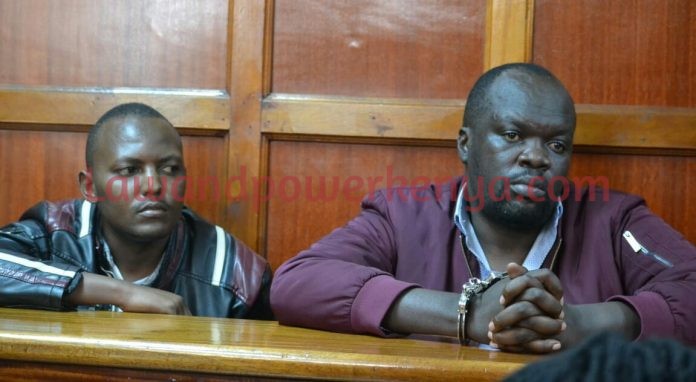 This is after the two were arrested on 18th June after posting photos of the police officers from Khorof Harar Police post killed by Alshabaab militia in Wajir on 15th June.

Alai is accused of using his twitter handle to incite the general public and the police relating to the terror attack.

Safari, a Mandera Prison officer who was arrested on Kitui is alleged to be an Al-shabaab sympathizer. He is also alleged to have posted the photos and of the dead officers and inciting messages to police officers against the government.

According to the police, the respondent’s phones were seized which are currently under forensic investigations and the report is yet to be obtained and analyzed.

According to the investigating officer, ATPU is still looking for other suspects, specifically a police officer who is believed to have direct links to the terrorists and is believed to have been in communication with Alai and Safari on, before and after the said attack.

The police believe that the photos were taken by the Al-shabaab and shared with the two and there is therefore need to investigate the links between them.

The affidavit states that investigations so far have revealed that Alai and Safari have been in constant communication with several other numbers which are located in Kenya and Somalia.

The police want the two detained on grounds that if released on bail they are likely to prejudice the ongoing investigations and likely to interfere with witnesses.

Intelligence reports so far indicate that the respondents have other associates who assisted them to get the photographs of the deceased officers and the scene of terror attack.

Their lawyers objected the 30 days on grounds that there were no compelling reasons exhibited.

They claimed that their clients have fixed abodes and are not at flight risk.

However Senior Resident Magistrate Sinkiyian Tobiko ruled that the two be detained for 14 days.