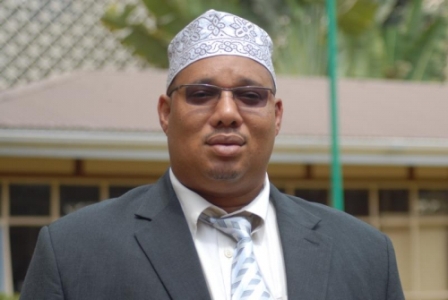 Bura Member of Parliament Ali Wario has moved to court seeking orders to stop the eviction of  Somali community in Basahargeisa in Bura Constituency.

The MP argues that on February this year, some police officers and mercenaries from the Kamba Community invaded Basahargeisa in Bura Constituency under the instructions of Mwingi Member of Parliament Joe Mutambu and County Commissioner of Kitui County.

In the application filed in court in which CS interior , IG of police, Ag have been named as respondents Wario claims that Mutambu has declared that Basahargeisa is in Kitui County and that all people that are Somali must return or will be returned forcefully to North Eastern province or Somalia.

Wario alleges that the illegal orders are apparently brought about by boundary dispute between Tana River and Kitui County resulting to intra-tribal conflict over grazing rights.

He noted that demarcation of boundaries in Kenya is not done on the basis of tribe and or religion and every citizen has a right to settle anywhere in the country.

He argues that he has sought the intervention of the National Government and members of Parliament from Kitui County but to no vail.

He say that Mutambu has further threatened to acquire guns to annihilate the people at Basahargeisa.

Wario said that the only resolution for the people of Basahargeisa is the court since they are being treated with immense cruelty and their constitutional rights have been violated and that hundreds of their livestock have been driven out of Basahargeisa by police and Kamba mercenaries.

He further says CS interior held a rally in Mwingi on 24th February this year in which he promised to deploy over 200 Kenya police Reserve to Basahargeisa.

He claims that children at the Basahargeisa cannot attend school with the illegal police operations going on.

He argues that the threatened evictions by the respondents are unconstitutional.