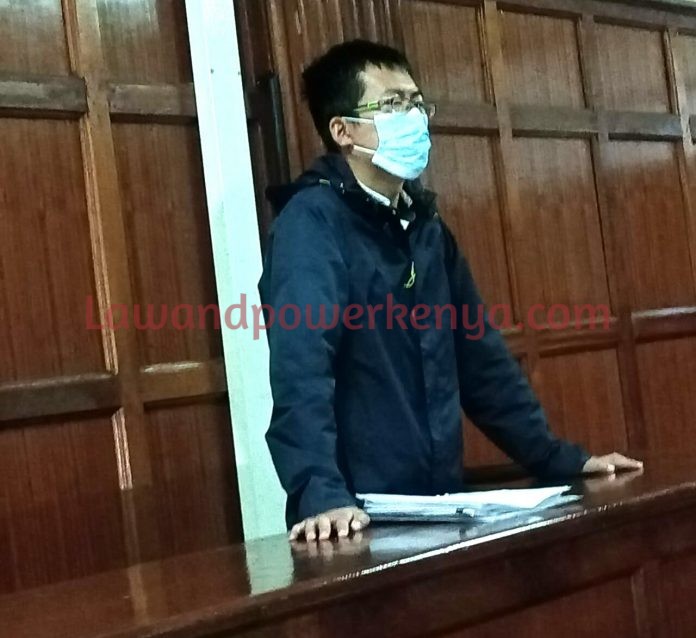 A Chinese National who is accused of obtaining Sh 1.7 million Enzyne Creation Limited will plead to the charges on Monday 14th June.

Qu Gaolei is charged that on diverse dates between 11 May and 11th October this year at Kileleshwa, Westlands Sub-county within Nairobi County, jointly with others not before court with intent to defraud obtained Sh 1, 787, 740 from Enzyne  Creation limited.

However, Gaolei did not plead to the charges on grounds that he does not not understand english. Court directed the prosecution to secure a Chinese translator who will interpret charges for him on Monday when he is expected to be charged.

THe accused is alleged to have obtained the millions by falsely pretending that letter of payment standing instructions order dated 12th May 2021 of the said amount of money held at Sidian Bank Kenya road Nairobi which he delivered to Enzyme Creation limited was valid and genuine letter a fact he knew was false.

He appeared before Senior Principal Magistrate Kennedy Cheruiyot but failed to plead to the charges.