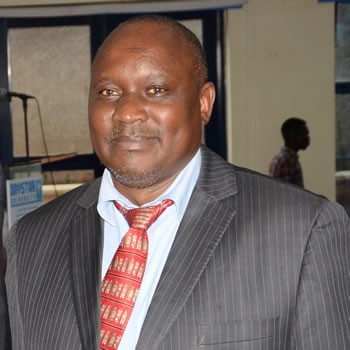 The Anti-corruption court has now allowed the prosecution to use several Standard Chartered Bank statements showing the transactions between Kenya Pipeline Company (KPC) and Triple A Capital in the Sh 1.6 billion graft case.

Former KPC managing director Shem Ochuodho and a director of Triple A Capital opposed the same from being adduced as evidence. The accused argued that the same will be prejudicial to them.

However, Chief Magistrate Douglas Ogoti allowed prosecution witness David Mwisaka who is the Bank’s legal advisor to table bank documents saying that they meet the threshold of the evidence act. The magistrate said no evidence should be left out in the case which has been pending in court for over 10 years.

“I hence allow the documents marked by the prosecution witnesses to be adduced as exhibits in the case,” ordered Ogoti.

In 2019 the court summoned the advisor after the bank records produced in court were said to be destroyed adding that they have a data retention policy and original documents can only be retained for seven years then destroyed.

He however sought for time to be allowed to go to their historical records to confirm if the bank had the documents and later came and produced a list of 26 documents related to the  case while giving his testimony to be used as evidence.

The defence team had opposed the use of photocopies, saying it will only accept original copies in the matter.

Ochuodho is charged alongside the chairman of the board directors of KPC and Directors of Triple A Capital Limited the late John Gichia Macharia and Janice Theresia Wanjiku Kiarie alias Terry Wijenje. However, Macharia who is the son of Media owner SK Macharia died on 26th April 2018.

Prosecution alleges that on diverse dates between May 2003 and July 2004 in Nairobi, Ochuodho jointly with other board members conspired to defraud Kenya Pipeline Company Limited (KPC) Sh 827,564,608.20 by entering into a refinancing arrangement which required KPC to pay Triple A Capital Limited Credit charges amounting to Kshs, 827,564,608,20 on account of Triple Capital Limited paying KPC’s international Creditors  amounts owed by KPC, whereas Triple A Capital Limited had no money to pay the said creditors.

Ochuodho is also accused that being a person employed by Public service as Managing Director of Kenya Pipeline Company whose functions concerned the administration of public property, he fraudulently instructed the Standard Chartered Bank of Kenya to pay Triple A Capital limited Sh 1,250,577,549 from KPC ‘s account purporting it to be a refund on account of Triple A Capital limited having paid a similar sum to KPC’s International Creditor, Export Development Canada (EDC) yet no such payment had been made by Triple A Capital limited and on behalf of KPC to EDC.

The former MD is also charged with misuse of public office by improperly conferring  a benefit of Sh 99,045,774 on Triple A capital by signing a Deed of assignment of debt on behalf of Kenya Pipeline Company limited.

A total of 20 Witnesses have since testified in the matter.