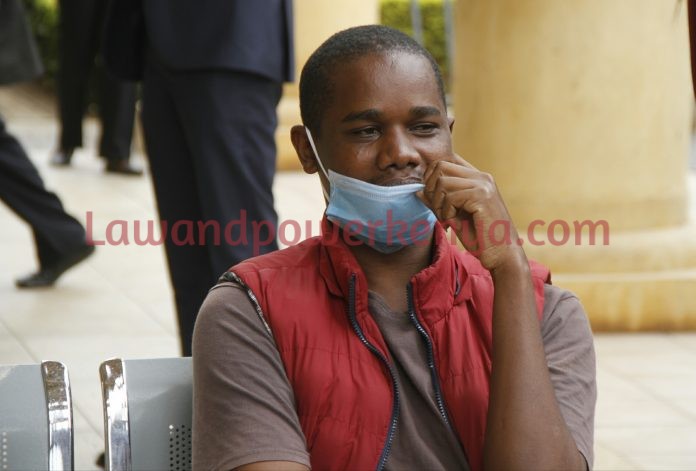 A Nairobi court has declined to give police orders to detain a freelance journalist alleged to have published false information against CS Fred Matiang’i for a further 14 days to complete investigations.

Chief Magistrate Martha Mutuku did however allow the police to detain him at Muthaiga police station for two days which she found to be sufficient for investigators to complete investigations.

After considering the submissions by the prosecution and the respondent Isaac Kibet Yego’s lawyer and nature of investigations, the magistrate said she found two days to be sufficient.

“I do find the applicant (prosecution)has total control of the gadgets and forensic investigations do not require 14 days. I find two days are sufficient,” the magistrate ruled.

The prosecution wanted Yego to be detained for 14 days to complete investigations.

The court heard that investigators will be required to get reports from forensics experts after analyzing the data.

The prosecution submitted that the respondent was arrested on 25th July in Eldoret and therefore police have not had enough time to complete investigations.

They confirmed to the court that some of the gadgets have been seized but asked the court to put into consideration when the arrest was made as it shows they need sufficient time to complete investigations.

“It is worth noting noting the investigations are towards a publication on social media and sufficient time is needed to collect and prepare the report.

According to the prosecution, if the suspect is released he is likely to access the twitter and Facebook accounts and interfere with the evidence and witnesses.

The court further heard that investigations are likely to open other areas of investigations and there is likelihood of arrest of other suspects, therefore, prayers for custodial orders are merited and the 14 days are enough to complete investigations.

Yego’s lawyers opposed the application saying it was an infringement of his rights.

“Investigators have the duty to complete investigations before they arraign him before court,” the court heard.

The lawyers further submitted that Yego has surrendered his phone and laptop to the police and given them all the passwords therefore he is unlikely to interference with the forensic analysis.

The court heard that due to the nature of offence their client is likely to be charged with, he is unlikely to interfere with any witnesses since it is a matter of analyzing data.

It was further submitted that the respondent is willing to comply with investigators including appearing before any police station when required.