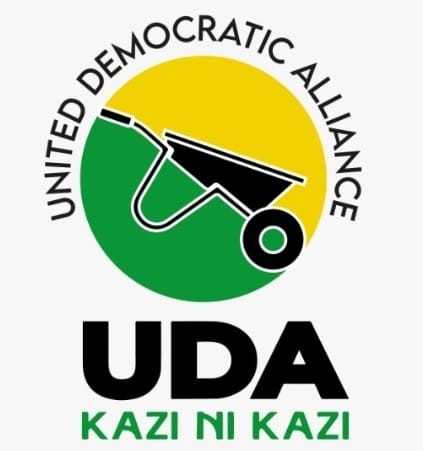 High Court has ordered Sports Kenya to allow Deputy President William Ruto’s United Democratic Alliance (UDA) to use the Nyayo National Stadium on 6th August 2022 as per the contract of hire executed on 12th July 2022.

“A mandatory order of injunction is granted compelling Sports Kenya, the defendant herein, by itself, its employees, servants, agents, successors, assignees or any one acting or claiming through or under the defendant to allow the United Democratic Alliance(UDA), the plaintiff herein to use the Nyayo National Stadium on 6th August, 2022 as per the contract of Hire executed on 12th July, 2022,” the judge ruled.

UDA moved to court after Sports Kenya withdrew the contract in which the party paid over Sh 1.5 million to use the Nyayo national stadium for campaigns on the said date.

Through lawyer Victor Kariuki, UDA submitted that by a letter dated 7th June, 2022 the they made a request for reservation of the Nyayo National Stadium to hold a political rally on 6th August, 2022 and that by a contract of hire dated 12th July, 2022 Sports Kenya agreed to hire out the aforesaid facility to UDA for purposes of holding the rally ahead of the General Elections scheduled for 9th August, 2022.

The court heard that upon executing the contract of hire, UDA proceeded to pay the requisite fees of Sh 1,508,000. In addition, UDA said that it had contracted an event organiser at a cost of Sh 21 million to organise the rally.

“On 20th July 2022, the respondent wrote to the applicant purporting to withdraw the availability of the suit premises together with Moi International Sports Centre – Kasarani on the pretext that there are undisclosed peace concerts scheduled to take place between 5th August 2022 and 7th August 2022” Kariuki said.

The party argued that the irregular withdrawal of the intended use of the suit premises is marred by malice, political interference and is ill-motivated.

UDA further submitted that the Sports Kenya’s actions and/or omissions will cause irreparable damage which cannot be compensated in monetary terms in that general elections take place once after every 5 years with different political actors and or formations.

Sports Kenya on its part urged the court to dismiss the plaintiff’s motion stating that it is mandated under Section 5(f) of the Sports Act to regulate the provision of services and use of facilities of sports in Kenya.

The defendant admitted that it received a letter of reservation from Homeboyz Entertainment PLC indicating that it had been commissioned by the Government of Kenya to hold a series of peace concerts between the 5th August and 7th August 2022 and that it proceeded to confirm to Homeboyz that the two venues namely Nyayo National Stadium and Moi International Sports Centre- Kasarani were available for them.

It then proceeded to inform the UDA of its decision which is to the effect that the facility was not available on 6th August, 2022.  The defendant stated that under the conditions for hire of Sports Kenya Facilities, the defendant’s right of admission is reserved.

However, Justice Sergon ruled that a party, and particularly a public body like Sports Kenya cannot be allowed to act in the manner it did.

“Basically the defendant attempted to blatantly breach the contract of hire it entered with the plaintiff without giving any reasons to justify its action,” the judge ruled,

According to the judge, the defendant’s conduct in this matter manifests malice and ill motive on its part.  “I am convinced that the plaintiff has established a prima facie case with high chances of success.”

The judge added that it is also apparent that the defendant reserved Nyayo National Stadium for the plaintiff to use to hold its political rally on 6th August 2022 after the plaintiff complied with all the requirements.

The court ruled that since UDA had contracted an events organiser to plan for the event, it will suffer irreparable damage which cannot be quantified in monetary terms if the rally is not held..