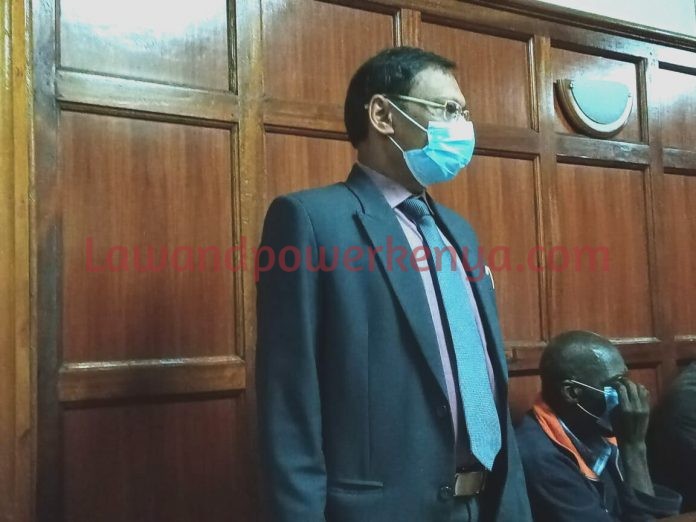 Court has ordered businessman Ashok Rupshi Shah to appear before the Directorate of Criminal Investigations in Gigiri police station, or be arrested.

Senior Principal Magistrate Kennedy Cheruiyot directed that failure to present himself before the DCI, the warrant of arrest issued against him shall remain in force.

The magistrate further ruled that warrants of arrest against Shah’s co-accused persons are still in force.

“For avoidance of doubts the warrant of arrest against other suspects remains in force,” he ordered.

The magistrate also noted that the death threat allegations facing the suspect are serious since they may lead to defeat of justice.

The accused persons are alleged to have threatened to harm the complainant and witness in the matter.

Shah presented himself in court seeking to lift the warrant issued against him on Thursday last week saying that he will present himself to the DCI Gigiri.

The Court heard that the other accused persons are in Mombasa and would be presenting themselves before the police tomorrow.

However, prosecutor Kennedy Panyako said the four are supposed to appear in court to answer to charges of conspiracy to defeat justice, possession of an illegal firearm and attempting to extort Sh 10 million from another trader.

He opposed the application to have the warrant lifted saying that the conduct of the suspects are mischievous as they attempted to secure anticipatory bail at Kiambu high instead of presenting themselves to court.

“It is noteworthy that warrants were issued instead of summons because there was an alleged serious threat to harm witnesses,” said the prosecution.

The magistrate directed that the warrant of arrest be served to Gigiri DCIO in order for him to arrest the four suspects and arraign them in court to face the criminal charges leveled against them.

The complainant in the matter Pareshkumar Keshavji Dodha sought to have the accused persons arrested.

Dodha said he had raised complaints against them but no arrest had been made despite their homes and business places being known to the investigating officer.

He accuses them of intimidating and threatening him to withdraw his complaint.