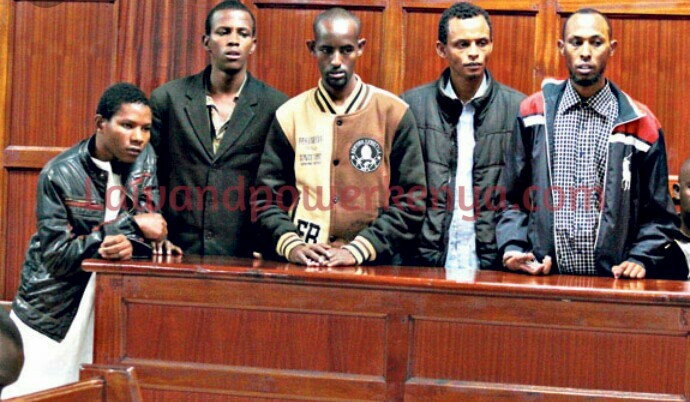 The Director of Public Prosecution has urged the trial court of the five Garissa University College terror attack suspects to put them on their defense.

The DPP, through assistant prosecutor Duncan Ondimu Milimani Chief Magistrate Francis Andayi they have proved a prima facie case against them.

Ondimu told the court there was no doubt that a terrorist act was committed on 2nd April 2015 at institution and the five, jointly with others not before court participated in the planning and execution of the attack.

“The circumstantial evidence is too strong against all the accused person in regard in to the participation in the commission of the terrorist attack,” Ondimu submitted.

He said that several witnesses among them student informed the court that their colleagues were killed mercilessly by the terrorists while they were lying down.

Ondimu further submitted that the court should take judicial notice of the existence of Al-Shabaab, terrorist group which has been advocating and had indeed meted out violence towards non- Muslims here in Kenya.

“This has all been in its twisted view of furthering its extremist agenda as well as fight against the Kenya government incursion into Somalia where it is based,” he added.

During the hearing of the case, senior scene of crime police officer Frank Anunda produced 59 documented photos of the victims, four gunned down terrorists and the Tanzanian who is said to be the only live terrorist found in the college.

He said that their investigations revealed that two of the dead terrorists were lawyers who had graduated from the University of Nairobi and hailed from Mandera County.

The court further heard that the third terrorist was from South Sudan and the fourth one was a student in Mandera County.