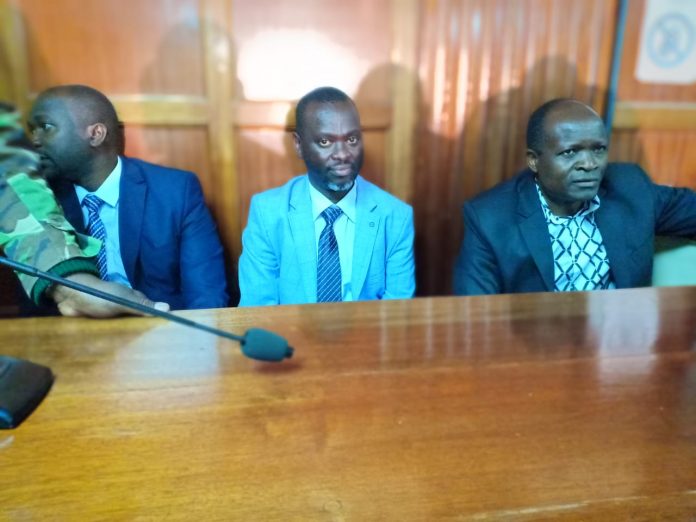 This is after Justice Jessie Lesiit allowed the application to consolidate the matters and include the charges of killing both Sharon Otieno and her unborn baby.

The court also pushed the hearing of the bail application set for today to Friday 12th after the prosecution sought time to respond to an affidavit filed by Sharon’s family and FIDA with regard to the release of the accused persons on bail.

The family objects the release of Obado and his co-accused for fear of their security as there has been allegations that some have been attacked by unknown assailants since the incident.

The family has also been forced to be using the Judges entrance every time they attend court since a crowd gathered at the courts in support of the Governor during plea taking is also alleged to have thrown vulgar and obscene abuses at them and threatened to attack them.

”A family member who attended Sharon’s post-mortem reported to the police that he hhad been accosted by about five people he believed wanted to abduct him. They took everything he had including phone, ID and money but he managed to escape,” reads affidavit by Sharon’s mother.

She adds that the family lives under mortal fear and urges that everyone linked to the murder of her daughter and her unborn child remains in custody as the trial is expedited.

“The thought of those accused of killing our daughter can be freed on bail is chilling, a situation not helped by the fact that as a family, we are possible witnesses in the matter.

Sharon’s mother says her daughter had confided in her that she was pregnant with the Governor Obado’s baby and that he was pressuring her to have an abortion against her will.

The slain Rongo University Student’s body was found in a thicket in Oyugis with eight stab wounds, one which pierced from the back through the abdomen and killed her seven month foetus.