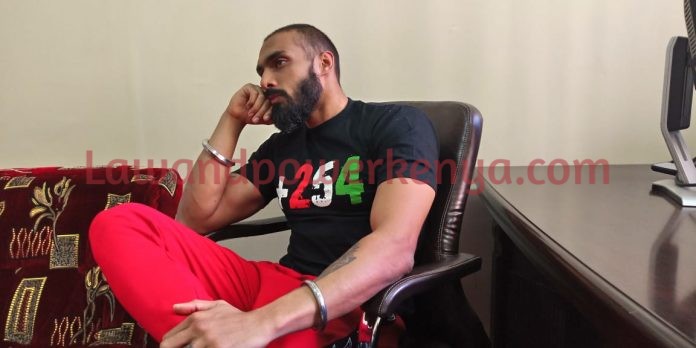 Cases of men seeking custody of their children after separating with a spouse have in recent years been on the rise.

This is the case of one Shiv Singh Benawra, a Kenyan celebrity who is fighting for the custody of his child in Kenya.

So far the Nairobi Milimani magistrate children’s court has given him full custody of the minor pending the determination of the case.

The applicant says that he just wants the best for his child since his can take better care of him that his mother.

Shiv 29, and his ex wife Charlotte Morris 25 used to live in the United Kingdom before separating when the child was a year old and Shiv decided to move back to Kenya.

Recently, the United Kingdom court where Charlotte filed a case against Shiv has ordered that the case be made public since this may help the mother get back her son.

This is because Shiv is a public figure and negative publicity tears a celebrity slowly by slowly. Was this even necessary in the first place?

Through his lawyer Dunstan Omari, the applicant filed a case under a certificate of urgency claiming the mother has exposed the minor to violence and has caused the the minor to be a child in need of care and protection.

He accuses the mother of neglect saying he has information that she would leave the child alone with only a packet of crisps to go drinking and do drugs.

“Unless this matter is disposed and determined on a priority basis and ex parte orders granted on the principle of the best interest of the child, irreparable damage and prejudice will be occasioned ion the child,” Benawra stated.

According to Senior Resident Magistrate B. Kituyi, the minors access by his mother should be in Kenya and should be supervised by the court pending the interpartes hearing.

Shiv argues that Charlotte has no permanent place of abode and therefore can not be trusted with the minor.

He accuses her of having no interest of the minor at heart and only uses him to extort money from him.

Charlotte allegedly had a horrible upbringing as she suffered both mentally and physically in the hands of her parents who were also not well-off.

One day after a disagreement between, she was sent to the UK to stay with her father.

Since her father was surviving on the benefits he was getting which was not enough, Shiv would occasionally visit and send her upkeep money.

The two started dating dating online before getting married in Kenya in 2013 after Shiv’s mother sent Charlotte a flight ticket to come back to Kenya.

However the two then love birds travelled to India for a few years after their honeymoon and later to the UK where the minor was born.

The defendant allegedly came back to Kenya for 10 days but she did not want anybody from Shiv’s family to touch the child since she did not want the minor to be brought up in an Indian Kenyan decent rather as a British citizen.

After their separation, the applicant came back to Kenya and would visit his child occasionally.

The plaintiff and the defendant had a child arrangement order issued by the family court at Chelmsford England which allowed neither parent to remove the minor from the jurisdiction of England and Wales for a period exceeding 28 days without prior written consent of the other or in default of agreement and order of the court. The extension could be granted for 60 days.

After their separation, Shiv took the minor to Kenya with Charlotte’s permission for a period of 60 days but is allegedly yet to return him.

During this time Charlotte was staying with her boyfriend and had just separated with him and therefore did not have anywhere to go. She gave away the child in order for her settle down again, which according to Shiv, she has never settled to date.

Shiv decided to fight for custody after noticing how unstable Charlotte was and in addition, the minor had been assaulted by one of Charlotte’s boyfriends.

He is pleading with the court to grant him full access to the minor as he has already enrolled him in a good school, has good housing, toys and a child friendly environment.

The London court however, directed that the case be made public since the child’s father is a celebrity as it may help Charlotte to get back the child after attacks on his career. Shiv however says he will not be shaken since the little man is his life and would anything to see he gets a good life.