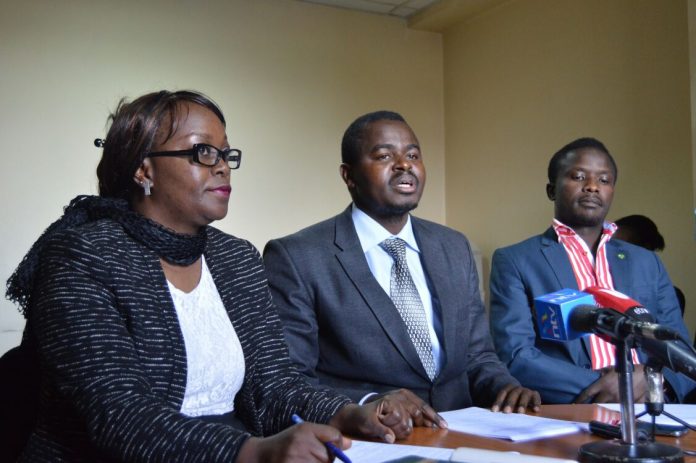 Kenya Magistrates and Judges Association KMJA has raised concerns on the security of judges and magistrates after one of their own was carjacked yesterday.

While addressing the media at Milimani Law courts Nairobi, KMJA Secretary General Derrick Kuto said that Kwale Law Courts Chief Magistrate Doreen Mlekyo was attacked and carjacked yesterday.
The disturbing incident is alleged to have occurred last night next to Diani Shopping centre.
KMJA condemned the incident and called upon the Inspector General of police and the Directorate of Criminal investigations to investigate the matter.
“Such carwadly acts will not will not dissuade us from boldly dispensing our judicial duties to ‘wanjiku’ as per the law established,” said Kuto.
Kuto said that the Chief Magistrate managed to jump out of the car and scrampered for safety.
It is however surprising that even if the nature of their work is similar, judges are provided with a bodyguard yet magistrates have none.
“Our colleague is still traumatized by the at the ordeal. The matter has however been reported at Diani Police Station,” the Secretary added.
The incident comes a few weeks after one of the bodyguards of the Deputy Chief Justice was attacked by unknown assailants.
There has also been previous cases where magistrates have been attacked inside and outside their work jurisdiction.