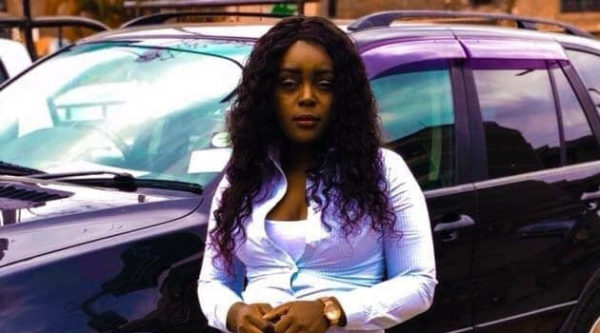 The two were arrested and charged with the murder of Monica who was found dead in her apartment in Kilimani on 19th September.

George Kimani who swore an affidavit on behalf of the family says that investigations into the gruesome murder of his sister are yet to be concluded and the same is aimed at unraveling the details surrounding the incident.

“As a family, we are apprehensive that if the accused persons are releases on bail, there are high chances they are likely to interfere with investigations and eventually defeat the end of justice,” says Kimani in the affidavit.

He further goes on to say that the accused persons are not strangers to the family, particularly Jowie and is apprehensive that his release is a security threat to them since Jowie knows where he stays.

“Some of the witnesses may include close family members who may also be known to the accused, therefore if released on bail, there is no guarantee that they will not intimidate them before the prosecution can extract all the information required to prosecute the matter adequately,” adds Kimani.

According to the family, there has never been someone murdered in the manner Monica was which shows that the perpetrators are meticulously organized and dangerous individuals, whom if given a chance, are capable of ensuring the entire case collapses.

Kimani says that he is aware the Maribe and Jowie tried to conceal some of the evidence before their arrest and therefore, if releases at this stage they will interfere with any evidence yet to be recovered from the crime scene or in any other place.

He also says that he is aware the police are still searching for one other person who is alleged to have been with Jowie and also the murder weapon, house and car keys which are crucial to the case.

The family says that if Jowie is releases, the unidentified participant may pose a threat to him (Jowie) in a bid not to be identified or the accused persons may now get the opportunity to make sure that the murder weapon is never traced.

“Our only concern is to get justice for the murder of my sister. This will bring some closure to us in this matter and ensure that we are healed,” reads the affidavit.

The matter is coming up for directions on bail application hearing on 17th October.