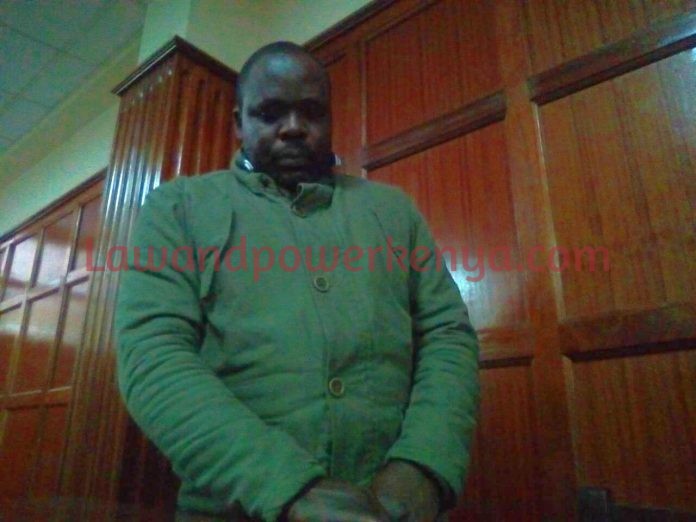 A man has been charged in Nairobi with obtaining Sh 1.6 million by false pretences.

Fredrick Mwangala Muhanji alias Douglas is accused of obtaining the money from one Beatrace Masaba Mainga.

He is alleged to have done so by pretending that he was in a position to offer her a contract to supply 116 pieces of HP computers to Statehouse.

Muhanji is alleged to have committed the offence between 1st September and 8th October 2017 at Kilimani Area within Nairobi.

He denied the charges before Senior Principal Magistrate Martha Mutuku

His lawyer had objected the plea taking by the accused on grounds that he was required before Kiambu Law Courts.

The court heard that Muhanji had been charged with fraud at Kiambu and was to be taken there today in the afternoon for bail ruling.

His lawyer added that if his client was to plead to the charges at Milimani Law Courts, he would be required to return to Kiambu and get a production order which would take time.

However Magistrate Mutuku said that the accused person will suffer no prejudice if he pleaded to the charges before her.

While praying for reasonable bail terms to be issued, the lawyer told the court that Muhanji is not at flight risk.

He informed the court that his client also faces murder charges in Kakamega where he is out on a Sh 2 million bond.

The court heard that he has never absconded.

Mutuku went ahead to grant him a bond of Sh 1million or alternative cash bail of Sh 500,000.

The magistrate told the lawyer to get a production order in order for his client to be taken to Kiambu.