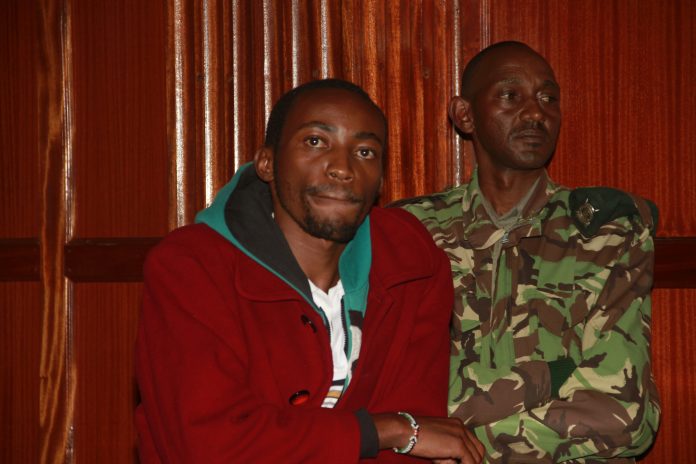 A Multi-media University student will remain in police custody for 7 days to allow police conclude investigations on allegations of making a bomb which he left in the school garage.

Joseph Kamau Ngugi, a second year university student is suspected to have an ill motive by making the “IED”.

The court heard that Ngugi may have information which can assist the police to establish his motive behind the making of the “explosive device”.

The prosecution was seeking 10 days to allow ATPU to complete the investigations.

The court heard that the suspect will eventually be charged with the offence of making an explosive device contrary to section 6 of the prevention of Terrorism ACT.

“Court be pleased to issue an order for Ngugi to be remanded at Kilimani Police Station within Nairobi for a period of 10 days to enable ATPU to complete investigations, “court heard.

It is alleged that the faculty of media and Communication student made an improvised explosive device IED and placed inside a garage within the University, for unknown reason.

He was then handed over to ATPU and the police have not been able to investigate the matter.

Ngugi was arraigned before Milimani principle magistrate Martha Mutuku who gave the police 7 days instead of the sought 10 days.

Reasons for improvising an explosive

Ngugi told the court that he and his crew were shooting a scene for class project that required them to make an improvised explosive-IED.

He added that they forgot to dismantle the said “explosive” after the shoot and left it there.

“When the police came to arrest me, I asked the arresting police officer to call the crew and confirm the details but they refused and arrested me, “Ngugi said.

The matter will be mentioned on next week.