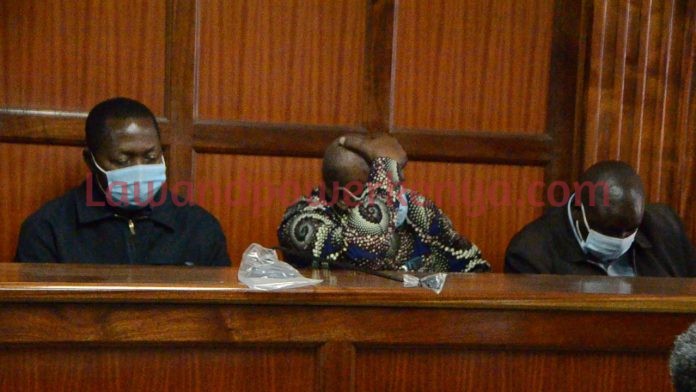 The OCS KBC Police Station, an Inspector and Lukenya location Chief have been charged with receiving a bribe of Sh 50,000.

The trio is alleged to have committed the offence on 7th March 2019 at Joska Shopping Center within Machakos County, being persons employed by the ministry of interior and coordination of National Government.

Nthiwa and Musyoka are also accused of jointly requesting for the said bribe from Njenga on 5th May 2019 in order to release his cows.

The Chief further faces a charge of abuse of office and receiving a bribe of Sh40,000 from Njenga on 8th March 2019 at Joska Shopping Center.

The three denied the charges before Anti-Corruption Chief Magistrate Felix Kombi and were granted a cash bail of Sh 500,000.