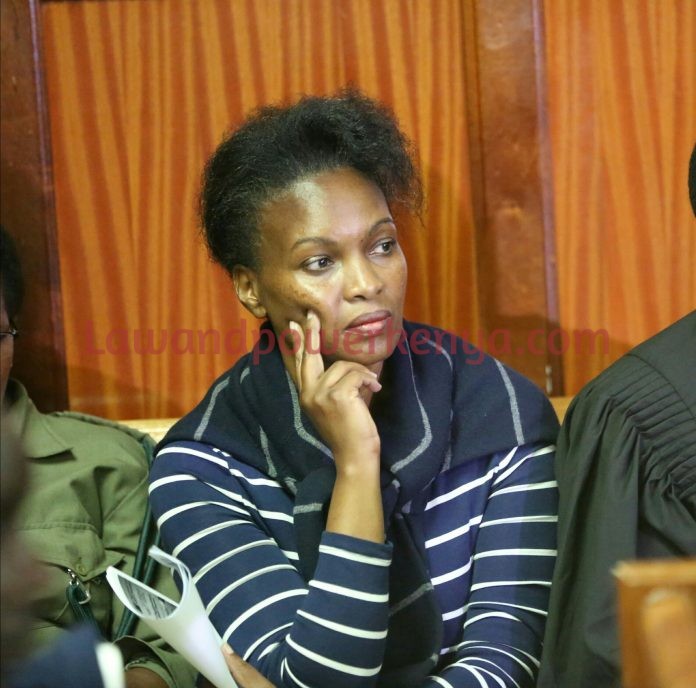 Widow of the late Dutch tycoon Tob Cohen has moved to court seeking to suspend her murder case pending the hearing and determination of a petition she has filed.

Sarah Wairimu Cohen also wants the court to issue an injunction compelling the DCI, AG and DPP to take an undertaking to pay Sh 500 million in damages for the ongoing waste, damage, neglect, possible vandalism and theft to the jointly owned matrimonial property by the Cohens at Farasi Lane, Mugumoini close, lower Kabete and compel them to release the house to her.

She also wants the three to be compelled to release her Porsche Cayenne vehicle, owned and registered under name to avoid further wastage and destruction due to lack of maintenance, possible theft and vandalism in their possession.

Waiting argues that the DCI, AG and DPP took over possession of her matrimonial home and co-owned property with the deceased together with all fixtures and movables under the false pretext that it was a scene of crime, and refused to provide a comprehensive inventory of all property taken over, with the sole intention of illegally handing the property to the siblings of the deceased, with whom the DCI had duly developed an unduly familiar and questionable relationship.

According to her, the three abused powers of their state offices and allowed numerous persons and restricted access to the alleged scene of crime of the recovery of the body of the deceased thereby completely and deliberately contaminating the scene making it impossible for the petitioner to ever conduct independent investigation or test to determine whether the purported finding of the deceased body in empty water tank as alleged was not a case of planting and fabrication of evidence.

The widow alleges that the DCI and the AG hurriedly and maliciously procured a false document examiner’s report dated 28th August 2019 in order to stage manage and justify the petitioners malicious arrest and incarceration for an alleged investigation into the offence of forgery, for the sole purpose of gaining the time and opportunity to fabricate evidence to falsely implicate and frame her for Cohen’s murder, who by then, was only reported a missing person.

She further states that the DCI and AG, through their offices, while she was in custody, continued to release purported details of the criminal investigations into the disappearance of her husband, to the print and social media who engaged in a frenzy of media reports to depict her as being exclusively culpable for fish disappearance and identifying the two state officers as the source of information.

Sarah was charged with the murder of her late husband in October 2019. She is alleged to have committed the offence between the night of 19th and 20th July 2019. She was later released on bail after several weeks. Her friend Peter Karanja was also charged and arrested several weeks later.