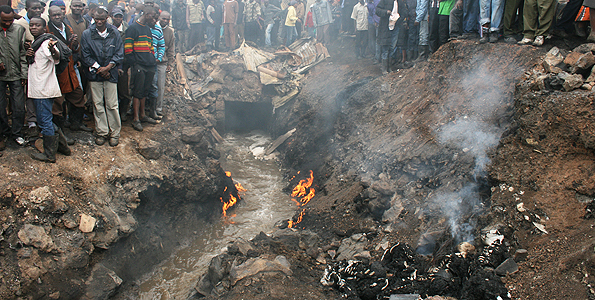 While delivering his ruling, Justice Edward Murithi directed the survivors to file a proper suit where they will claim for damages to recover personal injury damages.

The court further ruled that the claimants are obliged to file a suit of negligence for recovery of damages where each claimant will have to each prove his individual loss in addition to establishing the tests of liability with regard to breach of duty, causations, and damages.

“It is unnecessary to decide whether the claimants may recover personal injury damages through a constitutional law as there is already a procedure in common law and statute through which the matter may be conveniently and fully resolved,” court ruled.

Justice Muriithi noted that the respondents who are involved in slum upgrading and relocating slum dwellers have to ensure that the persons living in the said slums settlements enjoy the rights to a clean environment, health, and housing in order to live in dignity which is the object of a constitutional guarantee.

The respondents were also directed to include Sinai settlement as part of its Slum Upgrading and Prevention Programme with liberty to relocate otherwise compensate the person’s resident there in order to clear the Kenya Pipeline wayleave.

In the meantime, the respondent has been directed to provide such services to the persons resident in Sinai Slums as are necessary for the enjoyment of their rights to health, sanitation,  adequate housing, and dignity in accordance with the Urban Areas and Cities Act 2011.

More than a hundred people died in the slum fire on September 12, 2011 following an oil spill from the Kenya Pipeline Corporation pipes.

Over 300 residents drawn from Hazina, Mukuru Kayaba, Tetra Pack and Sinai stated how they have resided in the area for over 40 years and were victims of negligence by companies which do not want to follow industrial and NEMA laws.