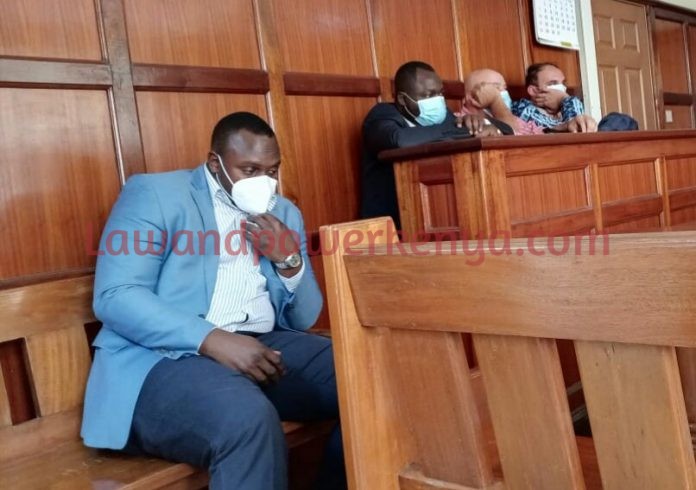 The prosecution has told the court that it has eight more witnesses to call in a case in which three Kenyans and a Bulgarian national are charged with obtaining millions of money in a fake gold deal.

This is after the hearing of the case on 4th March where two witnesses testified in the matter.

In the case, Mohammed Akabar Rashi alias Among Ganthi, Yulian Stankov Pentrov alias Victor Rosa (Bulgarian), Joshua Gaya Anyanga and Hezron Nyabola Nyagela are charged that on diverse dates between  27th February and 27th April 2019 jointly with others not before court with intent to defraud, they obtained 30850 USD (approximately Ksh 3,085,000) from Laxmi Narian Jindal by pretending that they were in a position to sell 10 kilograms if gold, a fact they knew to be false.

Nyagela is also charged with making and possessing a fake national identity card while Pentrov is charged with being unlawfully present in Kenya.

They denied the charges and were released on bail pending the hearing and determination of their case.

Senior Sergeant Anthony Nyabuti who was one of the witnesses told the court that his colleague Sergeant Musembi called him and informed him there was a case of obtaining and he wanted them to follow it up.

He testified that the complainant said they were meeting at Fairmont plaza parklands area with Rashi and Pentrov. After receiving the said information, the officers laid an ambush but the suspects never showed up.

“We received intelligence that they were at Lavington mall,” the officer testified. He added that at about 9.30 the complainant saw the suspects and pointed them to the officers.

He said they picked them and went to CID Headquarters where they further interviewed the complainant and interrogated the suspects.

The officer added that the complainant told him that he was told by the suspects to go to Dubai and wait for the consignment as they went to register but he did not get the consignment so he came back to Kenya.

He further testified that the accused persons later told the complainant that they told him they were going to redirect the consignment to Uganda and he flew there with them.

“While at Uganda, they showed him the same consignment and demanded additional cash. The complainant did not have any to add on and this is when he realised he had been conned,” he testified.

He said they took two suspects to Muthaiga police station where we booked them and the other two were arrested later.

However, during cross-examination, the officer contradicted himself by telling the court that he never investigated the case, that his only role was arresting the accused persons.

“I joined the other officers but did not investigate. I only arrested them,” the Senior Sergeant told the court.

The witness added that he never asked for the passport of the complainant and he did not know whether he was a businessman.

In addition, he never asked about the origin of the foreign currency used by the complainant or how it was acquired.