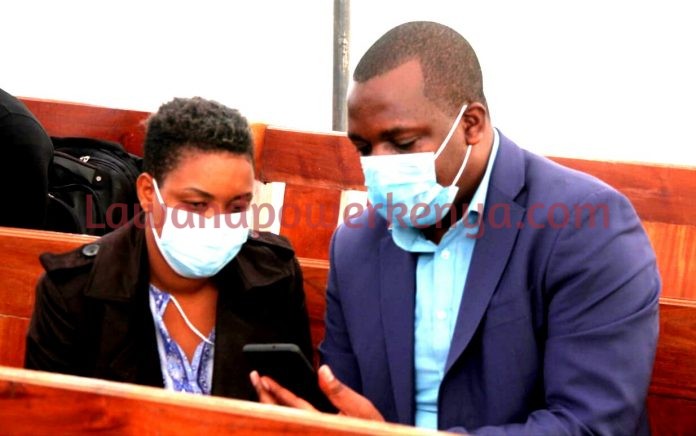 Two men have been charged with forgery of minutes and shares transfer forms of Group Seven  Security company.

Willykster Ndanu Mwendwa and Patric Juma Kingoro are charged with forging the minutes of the said company purporting them to be genuine and valid minutes of a meeting held on 24th August 2017, signed by Abdi Sahal as the chairperson, a fact the knew to be false.

The two are alleged to have committed the offence on unknown dates and place in Kenya jointly with clothes not before court, with intent to defraud.

The two are also charged with forging forms of transfer of shares purporting it to be a valid and genuine form signed by Hussein Hassan Ali, a director of Group Seven Security Company, transferring 50 shares to Kingoro commissioned by Daniel Muiruri advocates dated 24th March 2017. They are also charged with forging another transfer form purporting to be signed by Abdi Sahal Ali, also a director of the said company,transferring 50 shares to Mwendwa, a fact they knew to be false

Mwendwa and Kingoro are further charged with forging affidavits of the said directors and several counts of uttering false documents at the registrar of companies in Nairobi.

They denied the charges before Chief Magistrate Martha Mutuku and were granted a bond of Sh 500,000 and alternative cash bail of Sh 200,000.