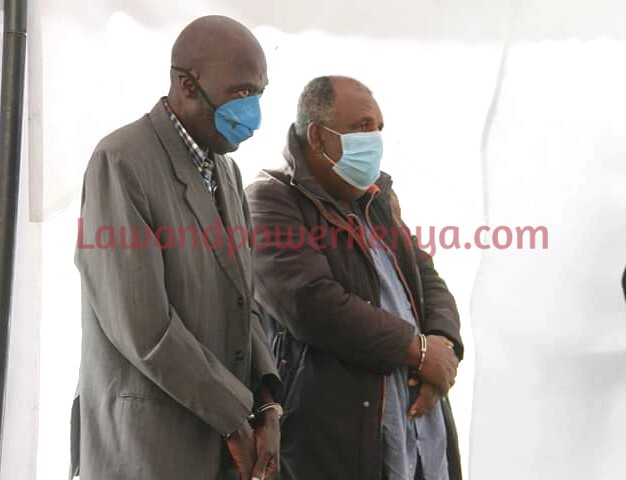 A Nairobi court has allowed a Ugandan national and a Kenyan arrested in possession of explosives, detonators and other bomb making materials in Chepkatet village, Uasin Gishu county be detained for a further seven days.

Investigating officer corporal Kennedy Karanja told the court that the suspects were arrested on 11th July after detectives received intelligence reports of their possible involvement in terrorism surveillance and intended terrorism attack within the country.

The court heard that during the arrest, 2 kilograms of TNT explosives, forty four pieces of Noble’s explosives, seven detonators, high explosives boosters among other items were recovered.

The officer said investigations are complex and require time as it involves a number of agencies.