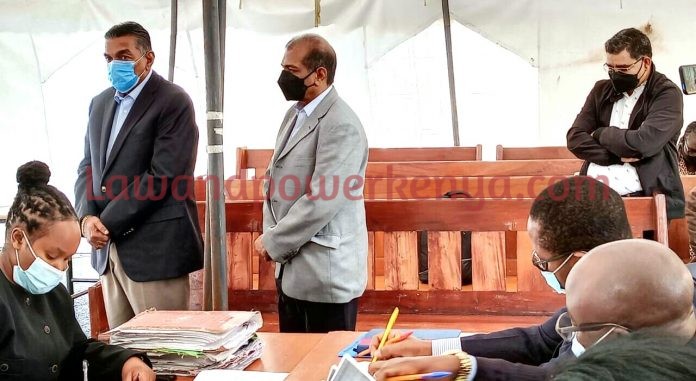 Two directors of Kisumu’s United Millers Limited who are accused of conspiring to defraud B.N Kotecha and Sons Limited close to Sh 80 million have been put on their defense after the court ruled that they have to answer.

Sunil Narshi Shah and Kamal Narshi are charged alongside their company, Henry Musyoka Kavita and Sales manager Magnesh Kumar Varma with conspiracy to defraud. They are alleged to have lied that they lost business as United Millers Limited to their clients by failure to supply sugar.

City court Chief Magistrate Roseline Aganyo ruled that she was satisfied that the prosecution has established a prima facie case against the suspects.

“I hereby order all the accused persons to defend themselves in the matter,” ruled the magistrate.

The accused persons are charged with conspiracy to defraud B.N Kotecha and Sons Limited Sh 79,471,000 on 2nd April 2015 by falsely pretending that they had lost business as United Millers Limited to their clients, a fact they knew to be false. They are out on a cash of Sh 400,000 each.

According to their lawyer, they intend to call five witnesses to defend them during their defense hearing which will be held on 15th December 2021.