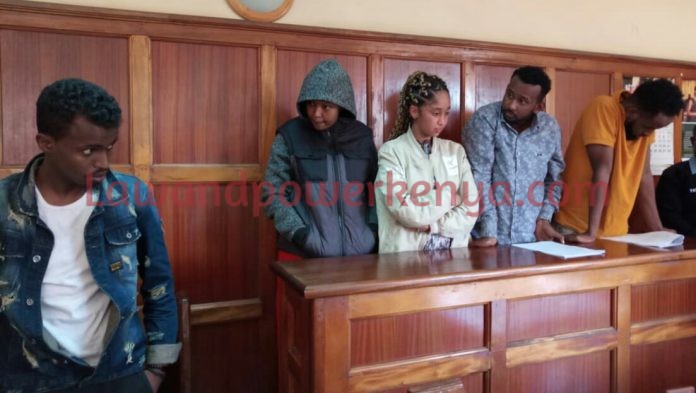 A Nairobi court has detained five people arrested by Anti-terrorism police while taking photographs of Whisky Rivers pub to allow police to complete investigations. The police told Senior Resident Magistrate Zainab Abdul that they needed more time to complete investigations into terrorism-related offenses. Among the respondents, five of them are foreigners while one is a Kenyan citizen.

The suspects Mohamed Hassan Bario, Mohamed Adan Inshar, Hodhan Abdi Ismael, Ifrah Mohamed Abshir, Abas Mohamed Muhamud were arrested on 18th January along Eastleigh section 1 after being trailed from the said pub by police officers on patrol. The court heard that the respondents’ phones and laptops have been taken for forensic analysis and police are awaiting the report. Anshar is a Kenyan national and suspected to have been coordinating the collection of information for the purpose of carrying out a terrorist attack within Nairobi and had constant communication with the other four.

Bario, Ismael, and Abshir are suspected to be Somali nationals even though they did not have any identification documents. The 5th respondent, Abas is believed to be a US citizen and was found in possession of a military uniform.