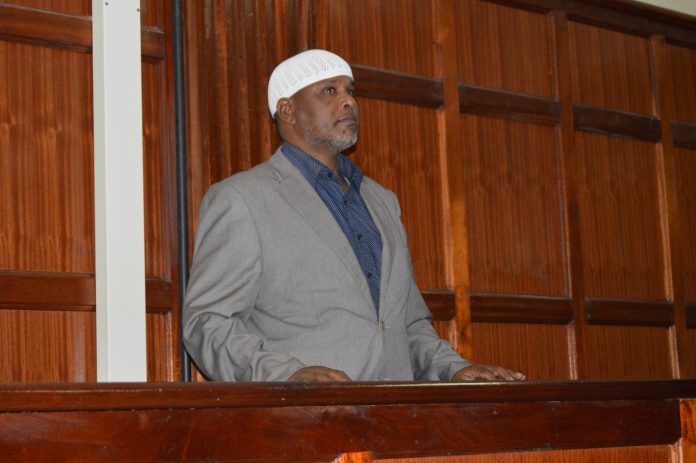 A man alleged to be an employee of Quick Handling Aviation services Limited, has been charged with 11 counts of offences among them forgery, uttering false documents and impersonation .

Adan Noor Adan is charged with making minutes of board of directors of Quick Handling Aviation Services Limited in which  Ebla Abdi Osman, Abdullah Yusuf Robleh,Mustafa Haha Ahmed and Zeina Abdi Osman were appointed as directors and each Was allotted some shares purportedly signed by one Ferdinand G Muchomba,  a certified public secretary.

The accused is alleged to have made the document without lawful excuse or authority purporting it to be genuine.

He was also charged with making an extra ordinary general meeting minutes of the said company in which the above 4 were appointed the new directors.

Another count was making an allotment letter in which the return relates to one allotment of 600 ordinary shares signed by the same Muchomba purporting it to be genuine.

Adan is also accused of making an annual return form of the company purporting it to be genuine return form.

The accused is also accused of making an extra ordinary general meeting of the above company in which a notice is given seeking to remove Abdikadir Ali Duale, Mohammed Abdi and Stephen Kibet from the office of directors.

Adan is also with uttering   a forged documents namely, minutes of board of directors, special ordinary resolution ,return of allotment, form of Annual Return of the above company, special notice for extra ordinary general meeting, notification of change of directors and secretaries form and a form of annual.

He was further charged with forging signatures and stamp imression of Ferdinand G Muchomba purporting it to be genuine.

The last charge was impersonation for presenting himself as Ferdinand G Waititu,  a certified public secretary.

He pleaded not guilty to all charges before Chief magistrate Francis Andayi.

The case will be heard on August 31st.