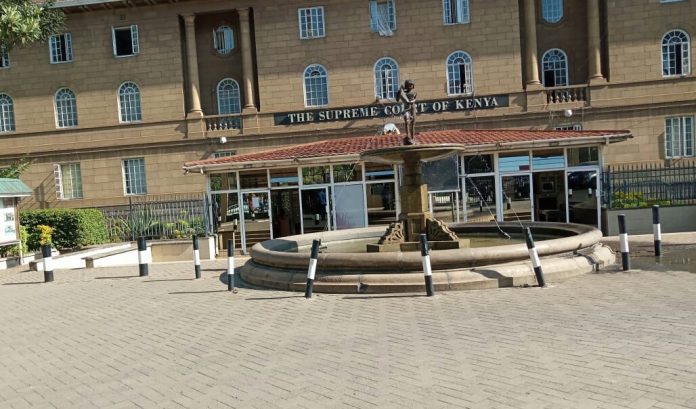 The court of appeal has granted an applicant leave to file additional evidence in the BBI petition.

Miruru Waweru filed an application to be granted leave to file evidence  in the form of an affidavit containing the Joint Report of the Departmental Committee on Justice and Legal Affairs and the Senate Standing Committee on Justice, Legal Affairs and Human Rights dated 23rd April 2021 (the Joint JLAC Report) and the Hansard of the Senate on the debate and approval by the Senate of the Constitution of Kenya (Amendment) Bill 2020.

Judges Daniel Musinga, Roselyn Nambuye and Jamila Mohammed also allowed any other respondent in the appeal to file an affidavit if they do wish before hearing of the main appeal which starts on 29th June.

“Consequently, we allow the application and hereby grant leave to the applicant to file additional evidence in the form of an affidavit containing the Joint JLAC Report and the Hansard of the Senate on the debate and approval by the Senate of the Constitution of Kenya (Amendment) Bill, 2020. Any respondent who wishes to file any affidavit in response, pursuant and related to the production of the documents stated hereinabove

may do so within the next two days, so that the hearing of this appeal proceeds as scheduled,” ruled the judges.

According to the bench, it is not in dispute that the applicant could not have tendered the Joint JLAC Report as evidence before the High Court because at the time of the hearing of the consolidated petitions on 17th, 18th and 19th March 2021, the said document was not in existence. The Report was released in April 2021 after the close of the hearing when the trial judges were preparing the judgment. We equally think that it cannot be disputed that the report is relevant to the matters under consideration in these consolidated appeals.

Waweru argued that the report is relevant to the issues in consideration to this appeal, especially on the need for a legal framework to guide the processing of bills to amend the Constitution by popular initiative.

While responding to some of the parties in case such as the Speaker of the National Assembly, IEBC and the Attorney General who objected his application, the applicant said that the Joint JLAC report could not have been tendered as evidence before the High court as it was not in existence at the time of the hearing of the High Court petitions.

He added that the report would be useful for the court in disposing of the appeal before it adding that the parties to the suit will not suffer any prejudice if it is produced as evidence before the court.