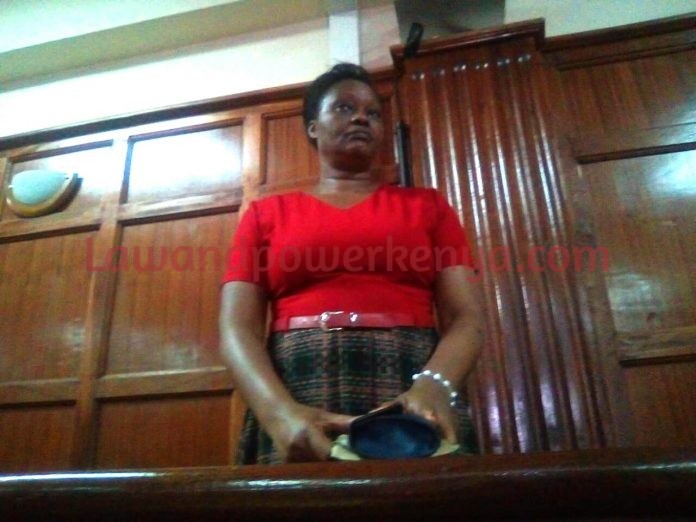 Diamond Trust Bank Eastleigh Branch, Manager has been charged with aiding and abetting the Dusit Hotel terrorist attack among other offenses.

The court heard that Sophia Njoki Mbogo aided and abetted ‘the  Dusit Attack’ on 15th January this year by failing to report suspicious activity involving transactions carried out at the said bank to wit Sh 34,736,550, suspected to have funded the said attack.

Mbogo, is alleged to have committed the offence between 4th December 2018 at 5th January 2019 at the said branch, jointly with others not before court.

Mbogo has been in custody for 30 days pending completion of investigations.

The manager is also charged with knowingly failing to report suspicious activity involving transactions carried out at the said bank to wit Sh 34,736,550 suspected to be related to money laundering or proceeds of crime.

Lastly, the accused is charged with failing to report cash transactions on the above mentioned dates.

The court heard that she failed to report cash transactions carried out at the said branch to wit Sh 34,736,550 which amount exceeds 10,000 US dollars as per the Anti-money laundering Act.

She denied the charges before Chief Magistrate Francis Andayi.

The DPP opposed her being released on bail.
However, the parties did not argue the application since the affidavit by the investigating officer which the state is to rely on was not signed.
The court, therefore directed that the bail application be heard at 2 pm.