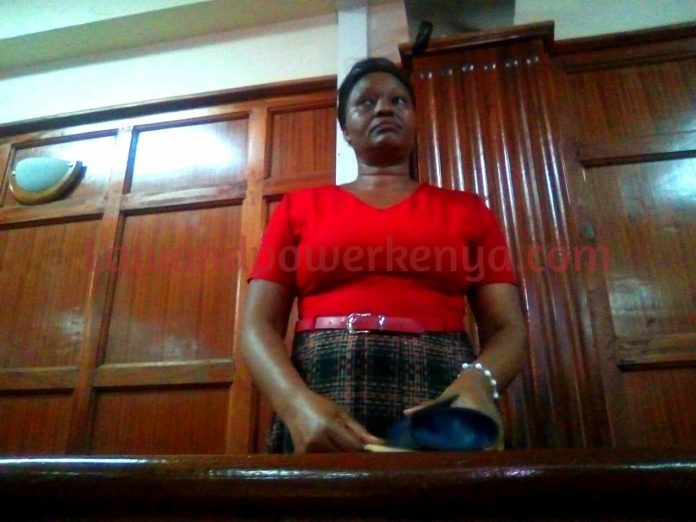 Chief magistrate Francis Andayi ruled that he was not satisfied by the prosecution’s evidence not to warrant bond to the suspect.

The magistrate further directed the accused to provide two contact persons to the court, deposit her passport, not to leave the jurisdiction of the court without its permission and abide by any other requirements by the investigating officer.
The court ruled that it was not satisfied by prosecution’s submission that Njoki is at flight risk or will interfere with witnesses.
“No document was attached as prosecutions evidence neither has the investigating officer expounded on the allegations in her affidavit,” ruled Andayi.
It was ruled that the police failed to give the dates when the alleged money was transfered and the paper trail to Somalia.
Magistrate Andayi noted that the sentences for the offences against the accuses person are severe. However, he rules that severity of the offence is not a reason for denying her bail.
The DPP said that he will appeal against the said decision.
Njoki arrested on 19 the January alongside five other suspects in relation to the Dusit Hotel Terrorist Attack that took place on 15th and 16th January this year.
She was detained for 28 days for the Anti-Terrorism Police Unit (ATPU) to complete investigations.
On 20th February, the accused was charged with three counts of offences including aiding and abetting commission of a terrorist act, to wit ‘the Dusit Attack’.
The court heard that, being the senior most person at the said bank, she failed to report suspicious activities involving transactions carried out at the bank, to wit Sh 34,736,550, suspected to have funded the said attack.
She is also facing two counts related to proceeds of crime and money laundering for failing to report the said transactions.
The matter will be mentioned on 28th February.