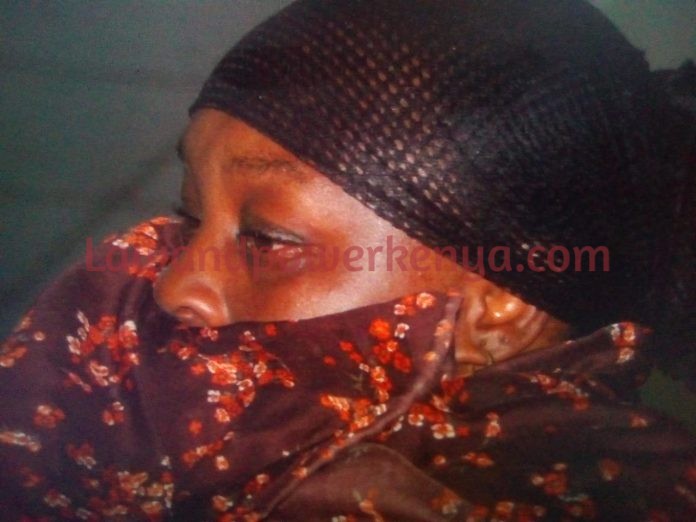 The mother to slain terrorist Ali Salim Gichuge has been charged with failing to disclose information related to terrorist acts.

Sakina Mariam Abdalla is accused of failing to disclose the whereabouts of Guchunge to the police, information which was within her knowledge and would have been used to prevent the commission of a terrorist act to wit, ‘The Dusit Attack’ in breach of her duty.

She is alleged to have committed the offence on diverse dates between 2015 and 2019 in Kula Mawe, Isiolo County.
She denied the charges before Nairobi Chief Magistrate Francis Andayi.

The prosecution objected Sakina’s release on bail on grounds that she is likely to abscond from the jurisdiction of the court.
“The accused is facing serious charge which attract heavy punishment if found guilty,” reads the Anti-Terrorism police Unit (ATPU) affidavit.
The prosecution alleges that forensic examination of her phone confirmed through the call records, that her number was in constant communication with several other phone numbers located in Somalia. They are believed to be of her son.
Sakina was arrested due to her possible involvement in aiding and abetting the Dusit Hotel complex, Riverside in Nairobi.
The court heard that investigations are ongoing to establish the identity of the individuals who might have communicated to the Sakina and her son in relation to terrorist activities, particularly the Dusit attack.
In the affidavit, police state the accused person claims that she allegedly reported at Isiolo Police Station that her son Gichunge had gone missing in the year 2014.
However, the said report was verified not to have ever been made at the said police station.
Sakina alleges that her son switched off his mobile phone on 2014 and only called her in 2016 informing her that he had gotten a scholarship in Mogadishu Somalia to study religious Islamic Education.
That is the last she heard of him until the attack when she saw her son’s pictures circulating on social media.