A Dutch businessman who had made a complain to the police and the office of the DPP a few months ago on alleged assault by his Kenyan wife over his property has suddenly gone missing.

Tob Chichou Cohen is said to have been missing since 19th July 2019.
Tob married his once personal assistant Sarah Wairimu Kamotho.

His lawyer Dunstan Omari received instructions from Tobs’ brother, Gabriele Van Straten Cohen who lives in Netherlands to inform the Inspector General of police of his disappearance. His phone has been off since 19th July.

According to the letter dated 23rd April 2019, the genesis of the disagreement between the said couple, revolved around Tob’s property situated along Fahari Lane, Mugumoini.

Tob wrote another letter dated 10th July, 2019 which raised an issue regarding the attempted subversion of justice by the OCPD Gigiri Richard Mugwai.

In a letter to the office of the IG by lawyer Omari, due to the unusual silence from Tob, his brother made a formal complaint to the Dutch Police at Amsterdam in case no.2019156760, who further reported his sudden disappearance to the ministry of foreign affairs.

“The Ministry of Foreign affairs attempted calling Tob to no success but would later on get in touch with the estranged wife who curiously informed the Ministry that Tob had allegedly flown to Thailand for three weeks for urgent medical attention,” states Omari.

The letter further states that on the 22nd July 2019 the firm of Judy Thongori & Co.Advocates which is handling his divorce case from his estranged wife received a letter dated 20th July from an anonymous individual allegedly authored by Tob, directing the advocates to withdraw the divorce cause no.35 of 2019.

It is alleged that on the 26th July 2019, two representatives from the firm of Musyoki Mogaka & Co.Advocates (Omari’s firm) visited Tob’s premises and established that his house was deserted with no signs of anybody save that his big dog manned the compound.

The said representatives visited the Spring Valley Police station and made the report to the Deputy Officer Commanding Station (OCS), one Madam Purity who declined the request of having the complaint formally recorded in the occurrence book.

Moreover, the said officer allegedly declined to share the mobile number of the area Officer Commanding Station but insisted that she would share our representative’s mobile number and later on cause his superior to communicate to us as soon as it was practicable.

However, Omari says that to date, they have not had any iota of information from the Officer Commanding Station of Spring Valley despite the urgency of this issue which involves the life of a foreign national.

“The Deputy OCS indicated that he was privy to information from Sarah Wairimu Kamotho that Tob had left for Thailand and had since written to the area OCS with instructions to withdraw the complaint against his estranged wife,” states Omari.

The suspicious revelations from the estranged wife about Tob’s current whereabouts and the background of the issues between the two, brings doubt as to his current status.

Cohen married Sarah on the 30th May 2007 and thereafter, moved into his palacio home and hoped to live forever thereafter.

It is alleged that they began experiencing deep misunderstandings occasioned by Sarah’s demands to have a fifty percent (50%) stake in her husband’s property situated at Farasi Lane. 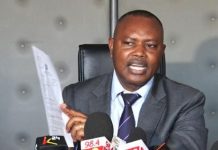 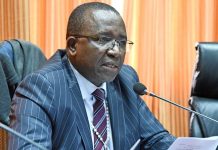