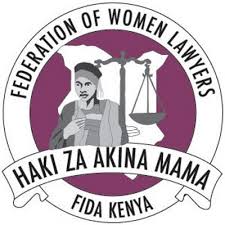 The Federation of Women Lawyers (FIDA) has filed a fresh case seeking to stop the reconvening of parliament over failure to meet the two thirds gender rule.

FIDA is also seeking orders stopping the Independent Electoral and Boundaries Commission (IEBC) from presenting a list of elected Members of the National Assembly and Senators for swearing in unless they meet the two-thirds gender threshold.

According to the women lobby group, the number of women elected to National Assembly and the Senate does not constitute one third of elective positions and they argue that the houses cannot legally convene to transact any business.

Through their lawyer Eunice Lumallas the group argues that the constitutional deadline for passing two-thirds gender rule had passed and even after the High Court gave the 11th parliament a 60-day grace period to enact the legislation, the MPs disregarded the ruling.

They further claim the gender rule applies to representation in the National Assembly and Senate yet timelines for enacting necessary legislation had been largely ignored.

The lobby group has faulted the 11th Parliament for not enacting the disputed legislation or reporting any progress on the matter despite the elapse of the extended deadline.

Fida wants the swearing in and resumption of business by the 12th parliament declared unlawful, considering the composition of both houses, adding that the gender rule was to be implemented before polls were held.

FIDA wants the court to direct that Parliament’s first and only agenda on day one on their order of business be a legislation to implement the two-thirds gender rule in the event that parliament resumes before the case is concluded.

The federation also wants failure to legislate on the gender rule be declared unconstitutional, while the IEBC be compelled to present to Parliament a list of nominees that will follow the disputed law.

They want the sued parties compelled to remedy the constitutional breach by taking steps to ensure the gender principle is complied with to the latter.

Speakers of National Assembly and the Senate, IEBC and the Attorney-General have been names as respondents.