Kenya Revenue Authority KRA has been directed by the court to hold talks with Keynote Logistics (clearing and forwarding agent) with a view of resolving a suit filed against them over failure to renew licenses.

High court Judge Justice Roselyn Aburili issued the directions after Keynote Logistics informed the court that they were yet to be issued with certificates despite having complied with the all the necessary requirements.

“The parties are encouraged to engage and open channels of communication with a view of resolving the matter amicably,” said Aburili.

In the matter, the clearing and forwarding agents moved to court seeking orders to compel Kenya Revenue Authority to renew licenses of its 1,300 members.

Through their lawyer Keynote Logistics told the court that the vetting process by KRA is endless and urged the court to issue orders sought in the application.

In an affidavit sworn by the association’s chairman and CEO of Keynote Logistics, William Ojonyo, he told the court that they submitted their application for renewal on  October 13 to the satisfaction of the laid out conditions adding that since then the respondents have on several occasions extended the validity of the 2016 license.

However, despite having complied with its renewal obligations and duly applied for the year 2017 License the respondents have refused to issue License and as a result they have been unable to participate in various lucrative tenders.

According to the CEO, the said extension are not envisaged under the East African Customs Community Management Act.

They now want KRA compelled to issue them with the 2017 licenses as they had applied and also want the bio data form introduced by the taxman suspended.
KRA on its part argued that the applicants are not suffering any prejudice since the 2016 licenses were extended. 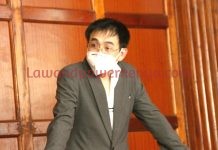 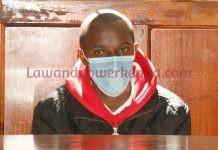