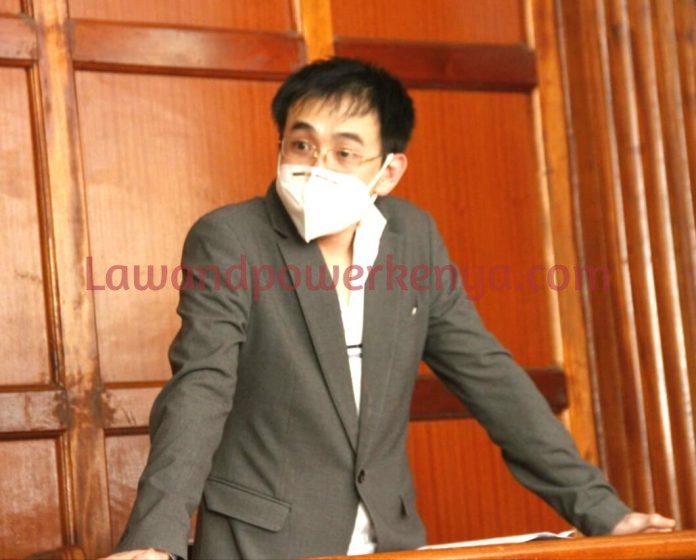 A Nairobi court has allowed police to hold Chinese national Deng Ziang Kai who is suspected to be involved in money laundering for five days to complete investigations.

Senior Resident Magistrate Sinkiyian Tobiko allowed the application by police who argued that Kai’s release could lead to interference with investigations.

According to an affidavit sworn by Police constable George Otieno, the suspect was arrested yesterday in Kileleshwa after following intelligence report provided to the police.

The respondent is suspected of using his company to clean liquid cash proceeds obtained from human and drug trafficking. He is also suspected to be facilitating international traders to evade payment of taxes both locally and internationally.

Upon gaining entry into his house, the officers recovered laptops, mobile phones and other electronic devices which will be subjected to forensic examination to establish the kind of business the suspect is conducting in the country .

At the time of his arrest, Kai did not have any valid travel document but was found in possession of a Zambian passport and several Kenyan Identity cards belonging to other persons.

“In the interest of justice and owing to the nature of the crime committed by the respondent, detectives are interested in tracing his movements and efforts to apprehend his accomplices without them interfering with investigations and compilation of evidence,” said PC Otieno.

The court also heard that police need time to liaise with and get correspondences with other government agencies including but not limited to immigration, Interpol, Drug Enforcement Agency and the Central Bank of Kenya.