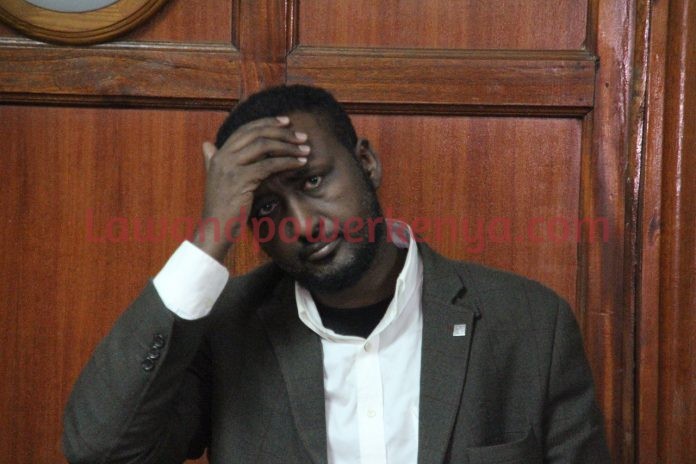 A lecturer in a London university has been charged in Nairobi with being unlawfully present in Kenya.

The lecturer was accused of being found unlawfully present in Kenya in that he did not have a valid permit or visa authorizing him to remain in Kenya.

The Briton had visited Kenya for the December holidays when he was arrested by ATPU on 2nd January.

Could they have suspected that the lecturer was a terrorist?

Osman was arrested on 2nd January 2019 at Hamdi Hotel in Nairobi.

He pleaded guilty to the charges before Nairobi Principal Magistrate Kenneth Cheruiyot.

Wesonga told the court that his client was arrested on 2nd January but was not produced in court within the mandatory 24 hours.

“The police have not given a reason as to why my client was not produced in court within 24 hours as dictated by constitution,” the lawyer submitted.

He further submitted he failed to understand why the matter was being handled by ATPU yet it was an immigration issue.
The court heard that nothing showed any connection between terrorism and immigration.

The 48 year old lecturer is said to have arrived in Kenya on 1st December under a tourist visa valid until 1st January 2019.

It is alleged that on the day he was arrested, he was planning to have the visa extended. However, the court heard that public offices were not opened since it was on a holiday hence the failure to regularize his stay.

The court was further informed that Osman had no plans to stay in Kenya adding that he had a ticket ready to travel back to his country on 5th January.

The police were accused of confiscating his personal belongings including his passport, reading glasses, wallet and phone.

However, the state responded to the allegations saying that no rights of the accused person were violated.

The state submitted that Osman was arrested on 2nd in the evening and therefore the 24 hour limit expired on the evening of 3rd hence his production to court on 4th.

It was submitted that according to Osman’s statement, he was arrested while having dinner.

The court further heard that ATPU also has powers to investigate.

After pleading guilty to the offense, his lawyer mitigated that his client was remorseful and pleaded for court’s leniency.

He told the court that Osman was ready and willing to go back to his country.

After considering the submissions by both parties, the Magistrate was lenient enough to discharge Osman.

In his ruling, Cheruiyot said he had considered the mitigation by the defense and also the fact that Osman had entered the country legally.

After discharging him, the court also ordered that he be repatriated back to his country.