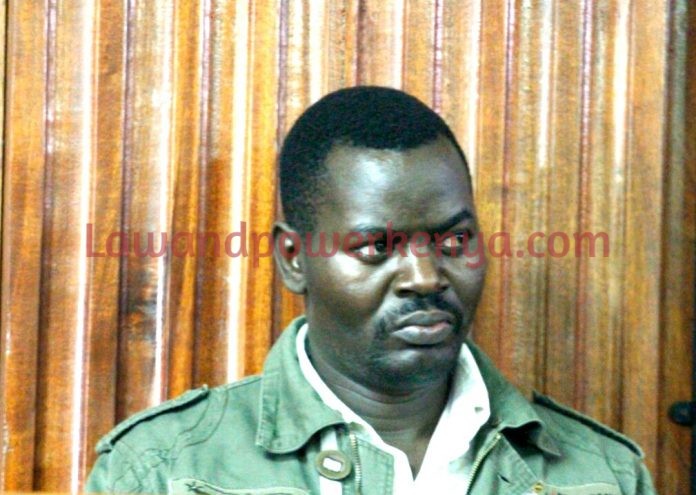 An administration Police constable who shot a bodaboda rider at Mama Lucy Hospital has been charged with murder.

Officer Zadock Ochuka Oyieka appeared before Justice Stella Mutuku where he denied killing Daniel Mburu who had allegedly rushed a child to the said hospital after a drowning incident.

The judge directed the accused through his lawyer to file a formal application for bail. In the meantime, Oyieka will be remanded at Industrial Area Prison.

The case will be heard 22nd to 24th September before Justice James Wakiaga.

Oyieka who was guarding the hospital allegedly shot the boda boda ruder after engaging in a dispute with other security guards after he purportedly failed to give them Sh 50 in order for them to allow him to park his motorcycle inside the hospital’s premises.

After failing to part with the small fee, the guards called the officer and claimed the victim was unruly. This is when accused drew his gun and shot him in the chest.