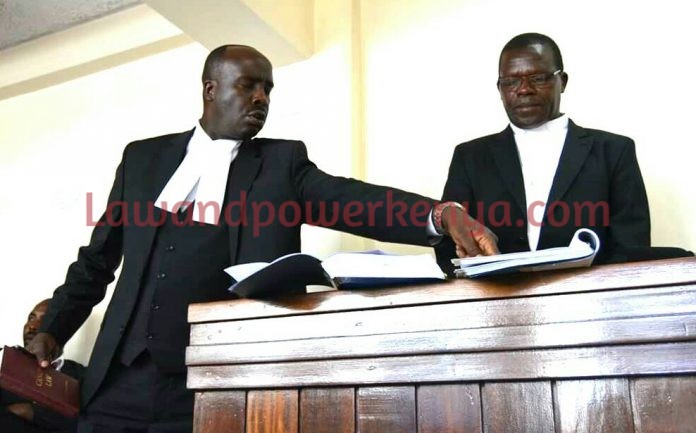 The court heard this during cross-examination of priest Jason Micheni testifying in favour of Linturi, who allegedly officiated his marriage to one Mercy Kaimenyi in the year 2000.

The priest however, told the court that he did not know the Senator had another wife before officiating his marriage to Kaimenyi under the Catholic Church canon laws.

It was his testimony that he did not know that the lawmaker bore two children with his alleged first wife Susan Gaceri.

The court heard that under the Catholic Church canon laws, marriage to a person bound by natural obligation such as another party or children from a previous union shall not be conducted unless authorized by an ordinary person, in this case,the Bishop which the priest confirmed he is not.

The court further heard that after marrying Kaimenyi, Linturi had another child with a different woman before meeting Kitany.

The priest disputed that he knew Linturi had swore an affidavit where he indicated that he was divorced and that he had indicated in the marital status space in his university application in 2013 that he had separated with his spouse.

The witness further Chief Magistrate Peter Gesora that he did not know he was in court to testify in divorce proceedings.

When asked about the whereabouts of Mercy Kaimenyi as he had alleged he has been in contact with Linturi all these years, he said he is only aware that she is a teacher in Nanyuku but does not know the level she teaches nor the children she has.

Father Micheni said he did not know the Senator moved in with Kitany in her Kileleshwa home years ago because he could not afford his Sh 315,000 rent adding that he does not believe she is the one who build a house for Linturi’s parents since the senator is a man of means.