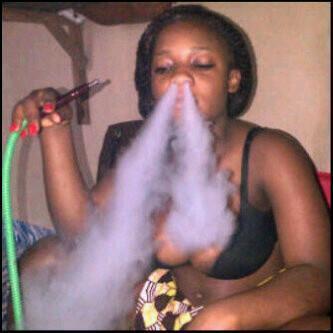 In a petition filed at the high court, the petitioners claim that the CS did not act within his powers when illegalizing the product which include prevention, control and suppression of infectious diseases but not tobacco usage.
The fifteen argue that Mailu failed to spell out the diseases that can be attracted, obtained, transmitted or acquired by use of shisha.
Through lawyer Erick Matundura, the petitioners claim that the rules enacted raises fundamental issues of administrative laws on issues of biasness and bad faith.
They argue that despite being stakeholders in the shisha industry, they were never consulted before the implementation of the said rules.
The dealers further argue that the decision contravenes the provisions of statutory instruments Act which places an obligation on public bodies to involve stakeholders likely to be affected by the implementation of the said rules.
One of the petitioners Kennedy Langat says in his affidavit that he runs a shisha and liquor business in Westlands Nairobi under the name ‘shisha place bar and restaurant’.
“I have the current licenses and duly authorized to carry out shisha business in Nairobi,” reads his affidavit.
He claims he is a stakeholder in the industry but was never consulted before the ban.
Shisha lovers and traders dealt a heavy blow yesterday after the government banned its importation, manufacture, advertising and sale in the country.
Anyone found guilty of the offense will be liable to a fine of sh 50,000 or imprisonment not exceeding six months or both.
The issue raised concern after the Tobacco Control Board raised the alarm over the increasing number of women using it.
Shisha is a glass-bottomed water pipe in which fruit flavoured tobacco is covered with foil and roasted with charcoal.
Tobacco passes through a water chamber and is inhaled deeply and slowly using a single or multi stemmed smoking instrument.