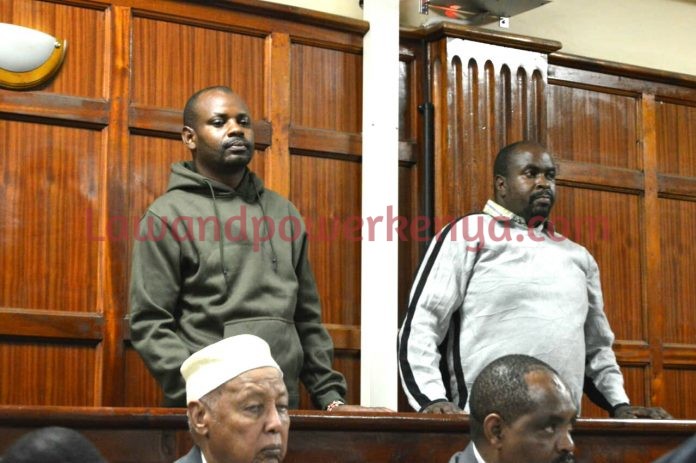 Two Limuru businessmen have been charged with importing concealed goods to wit ethanol with duty valued over Sh 3 million.

Edward Ngure Njuguna and Duncan Mutuma Justus are accused of being found to have imported 42 drums of 250 litres each, 4 jerry cans of 20 litres each of ethanol concealed and packed together with maize bran and rice bran in a package whose entry does not correspond with goods imported with dutiable value of Sh 3,051,532 payable to the commissioner of customs and border control.

The two are alleged to have committed the offence on 30th September 2019 within kamandura area of Limuru in Kiambu county jointly with others not before court.

Ngure, Matuma are also charged with being found conveying uncustomed goods valued Sh  3,051,532 payable to the commissioner of customs and border Control.