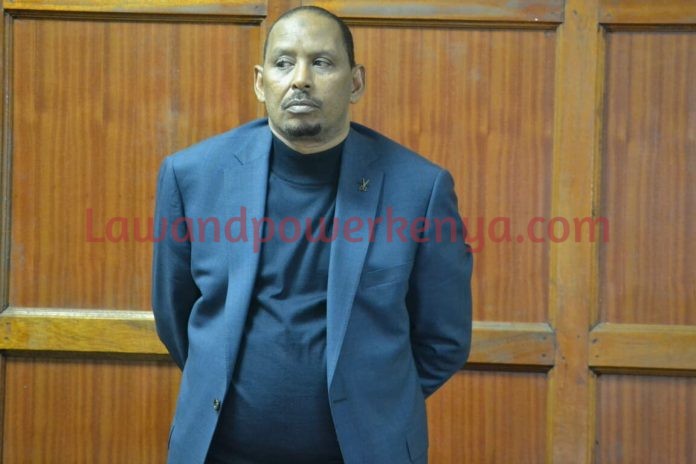 The court heard that on 13th June 2019 at 9.55 am at Parliament Parking yard within Nairobi, Rashid willfully and unlawfully assaulted Gedi thereby occasioning her actual bodily harm.

He denied the charges before Chief Magistrate Francis Andayi.

Through his lawyer Sam Nyaberi, the MP requested to be granted lenient bail/bond terms.

It is alleged that he presented himself to the police yesterday after which he was detained.

At around 1 am last night, the accused allegedly developed health complications and was rushed to the Aga khan Hospital where he spent the better part of the day before being produced in court to take plea.

Considered the submissions by the counsels and the report from the Aga Khan University hospital.