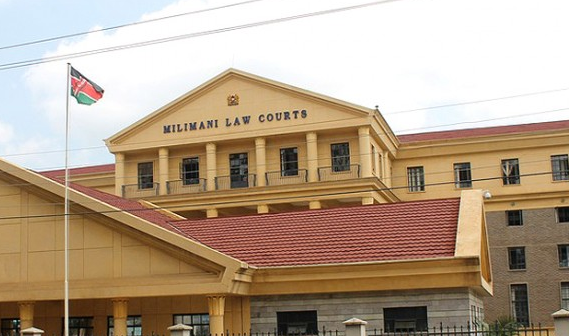 A law student arrested in connection with the recent terrorist attack in Nairobi has denied being/aiding the financing of the offence.

Abdinoor Maalim Osmail who is also a businessman has refuted claims by police that he could have financed the Dusit Hotel attack on 15th January 2019.

Osmail says that he is a legitimate Mpesa businessman.

He refuted claims that he has registered several mobile phone numbers and the allegations are borne out of ignorance is lack of appreciation on the part of the investigators on how tills operate.

“I have a contract with Safaricom PLC which allows me to sublet tills to third parties (subcontractors),” he states.

The father of one submits that directors and management of companies that have directly owned tills have control over them and hence liable for any wrong doing emanating from the operation of the till.

He argues that he does not have any directly owned tills adding that with the subcontracted tills, he has limited rights and control over their day to day operations.

The suspect has also refuted claims that he has received Sh 100 million through his till.

“The investigators did not disclose to me which specific till(s) received the said amount to enable me to know the nature of the allegation,” says Osmail.

He further notes that each till given to a third party can transact a maximum of Sh 1 million daily hence the alleged Sh 100 million may as well be ordinary and lawful transactions.

In addition the suspect says that the only way to know any wrong doing by a third party/subcontractor is through a notification by Safaricom PLC which he has never received.

Replying to a police affidavit seeking to detain them for 30 days, Osmail added that the says tills are in the hands of third parties and the only entity capable of disclosing the transactions is Safaricom PLC.

“My continued detention on the basis of information which is in the possession of Safaricom PLC and third parties is unreasonable, irrational and unjustifiable,” the suspect argues.

The suspect who is set to be admitted as an advocate of the high court in early February argues that he will not be able to do so is he is detained for 30 days.

“If the prayer for my detention is granted, I am likely to miss the admission date which is prejudicial and a huge setback to my career,” he added.