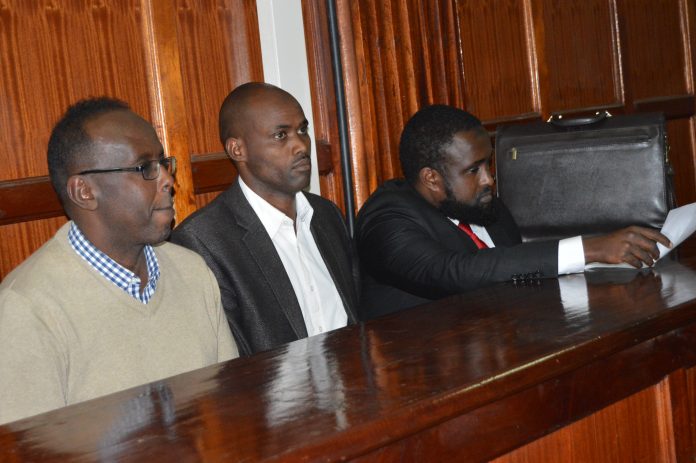 An advocate and two others have been arraigned in court and charged with malicious damage to property.

Mohamed Abdi Salaah (lawyer), Osman Godana Jill and Abdulaziz Hassan Abdullahi were charged that they jointly, willfully and unlawfully damaged two microwaves, cooking utensils, five sufurias, fridge and foodstuffs worth Sh 400,000, the property of Aisha Wacuka Wahome.
The three are alleged to have committe the offense on 13th July 2018 at Jamia shopping mall along Kigali Road in Nairobi.
They denied the charges before Chief Magistrate Francis Andayi who granted them a bond of Sh 100,000 or a cash bail of Sh 50,000.
The case will be heard on 21st August 2018.