A matatu driver accused of hitting a traffic police officer killing him instantly has been charged with causing death by dangerous driving among other offences.

Edward Njenga Njoroge is further charged with failing to stop at an accident scene, failing to comply with new regulations of licensing and driving an unroad worthy vehicle.

The driver with Delamare Sacco line was arrested by DCI Officers on patrol while driving a Subaru after a civilian driving a Toyota Premier tried to chase him as he ran away after the incident.

Njenga allegedly drove his matatu from Naivasha to Nairobi’s Industrial area and loaded it with cargo instead of commuters, he then decided to use the Langata bypass back to Naivasha where he was stopped at a road block by the deceased Corporal Peter Legeto Rerimoi who decided to inspect the matatu.

It is alleged that he was carrying unidentified plastics when he was flagged down.

The driver suddenly sped off running over the officer killing him instantly prompting a chase where he was arrested.

He is alleged to have committed the offence on 20th January 2020 along the Eastern by-pass. 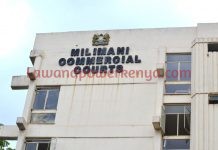 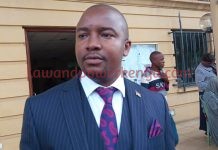