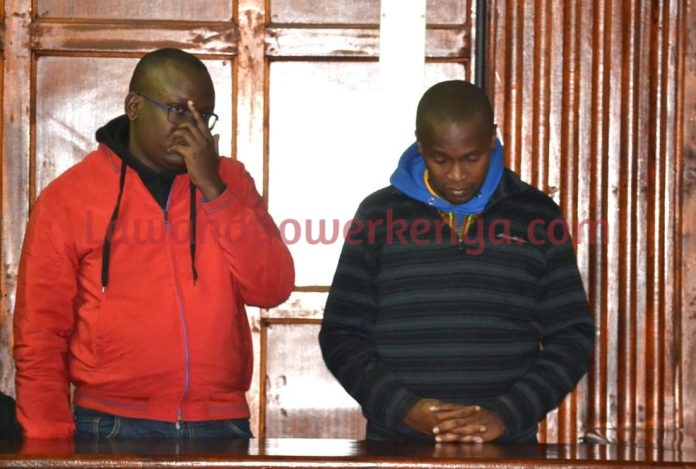 Two Safaricom employees accused of transferring subscriber’s data and demanding Sh 300 million from Safaricom Limited have been charged before a Nairobi court.

They are said to have unlawfully copied and transfered privileged Safaricom subscriber’s data information from Safaricom company database to unauthorized person one Charles Njuguna Kimani.

The two are also charge with demanding money by menace. The court heard that being employees of Safaricom the accused persons demanded Sh 300 million from Safaricom Kenya limited with intent to steal.

The accused persons are alleged to have committed the offences between 1st May and 7th June this year at Safaricom offices in Westlands, Nairobi.

The prosecution requested that the court orders the accused persons to be reporting to DCI serious crimes unit two times a week.

However their lawyer submitted that reporting twice a week was not necessary. He said his clients will be able to report once a week which will still enable police to complete investigations.

The lawyer also requested that the two be held at Muthaiga Police Station pending depositing their cash bail since they alleged that their wives are the ones in possession of their ATM cards and Muthaiga would be most convenient for them.

The magistrate ruled that they report to DCI once a week and be held at Muthaiga Police Station for six hours pending payment of Sh 1million cash bail each.
The hearing of the case will be on 16th July.