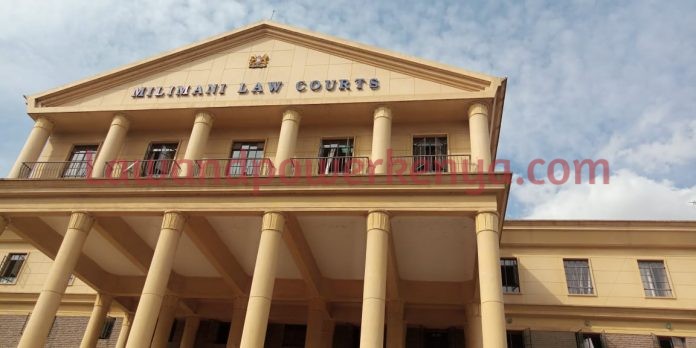 Court has ordered the husband to embattled Nairobi County Assembly Speaker Beatrice Elachi to immediately comply with the parental responsibility agreement for his 10 year old daughter.

This is after the child mother filed a certificate of urgency at Milimani Children’s court seeking orders compelling Brian Tendwa Anguba to pay school fee for the class five pupil.

The mother claimed the minor risks being sent out of school after he refused to pay school fees even though he voluntarily signed a parental responsibility agreement dated 14th May 2017 which was adapted by the court.

She claims she has been struggling to pay but is not able to do so now due to serious financial difficulties.

The applicant states she had pleaded with the school to let the minor remain in school but no positive response has been given.

According to her court documents, the two met in the year 2007 and and after a few months of dating, Tendwa moved to her house.

“Around 2008 I secured a job in Mombasa where I relocated leaving Tendwa behind staying in my house and by that time I was two month pregnant.

She avers that the defendant only visited her in Mombasa utmost 3 times and later moved back to Nairobi after developing complications which forced her to resign.

The applicant goes on to says that when she arrived in Nairobi, she found that the defendant had already vacated the house we were living in though she found her belongings intact.

She accuses Tendwa of cutting communication with her after the minor was born on 5th April 2009 only to appear after two months and since then he visits the minor when he feels like.

“Upon intervention of the Kasarani children’s office, Tendwa without being forced willingly entered into a parental responsibility agreement and signed the same but has since failed to abide by the said agreement,” said the applicant.