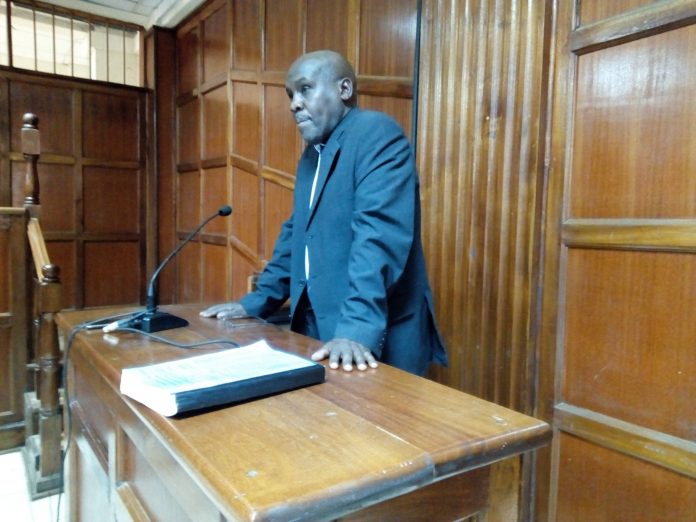 An IEBC official has told court that Embakasi East MP Paul Ongili alias Babu Owino was validly elected and declared winner as per the Form 35A.
Nicholas Butuk, a returning officer, said that despite being under pressure from Babu Owino to award him with the certificate, he would still have been announced him the winner according to the results in Form 35A.
While testifying before Justice Joseph Sergon, Butuk said he was under duress from Babu Owino because the blank certificate (form 35C) which he needed to fill and then hand over to the winner was missing.
“After the tallying process, I realized that form 35C was missing from my drawer so I had to look for it but Babu got impatient and went crazy,” said Butuk.
The returning officer denied witnessing any violence as alleged by ANC candidate Joseph Obiende who testified that he was pushed by Owino and his supporters assaulted him.
Obiende did testify in the petition filed by Jubilee candidate Francis Muriithi challenging the election of Owino and alleged that he was assaulted by Babu’s people at Soweto poling center.
“If there any issue of violence, they should have been recorded in the polling diary,” said the returning officer.
He also denied receiving complains that there were stones being throne inside Soweto polling station from outside.
In his sworn affidavit, the RO said that the National Assembly election in Embakasi East was impartial, neutral, accurate and verifiable.
Butuk said time was extended for the polling stations that started the exercise late because ballot boxes had not arrived.
He however admitted that several people did go to complain about the form 35A but told them that he could not do anything about it unless the court orders so.
The RO told the court that it is not mandatory for agents to sign the forms but they have to give remarks as to why they did not sign.
When asked by Babu’s lawyer Jackson Awele during criss examination why Muriithi’s chief agent was locked out of the tallying center, he said that it was not his duty to let people inside the center rather that of the security officers Manning the gate.
“It was the duty of the security officers at the gate to let in those with appropriate budges, not mine,” added Butuk.
The officer also confirmed there was no problem with the results used to announce the winner because he verified the Form 35A with the electronically transmitted results.
In the petition, Muriithi wants the court to nullify the election of Owino on grounds that he was not validly elected.
He says that the election was marred by massive irregularities including violence and bribery.