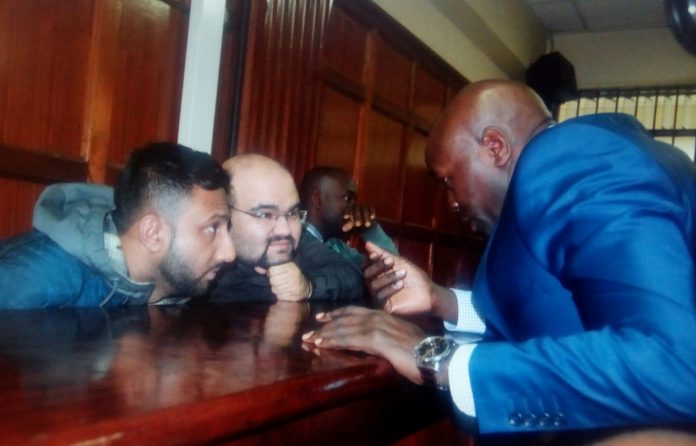 Two Indian Nationals who run Balle Balle club have been arraigned in court and charged with Trafficking in persons.

Shaikh Furqan Hussain and Abdul Waheed Khan co-propriator and operator of Balle Balle Bar and club in parklands, Nairobi, are accused of trafficking by recruiting a Pakistan national and eight Nepalese nationals for purpose of exploitation by means of deception.

The businessmen are alleged to have committed the the offence the on diverse dates between 19th February and 19th July 2018 at the said bar.

The two were also charged with trafficking persons by harboring the persons for purpose of exploitation by abuse of their position of vulnerability.

Further, the accused persons faced a charge of interfering with travel documents of the victims.

The accused persons who are also Kenyans are alleged to have confiscated the said documents in furtherance of trafficking of persons. 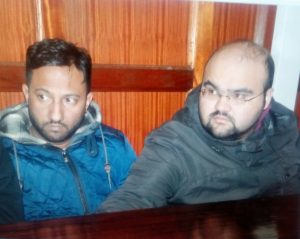 Lastly, two were charged with facilitating and aiding entry into Kenya of the persons.

Rumour had it that the victims were trafficked to be strippers at the said club.

The court heard that the accused persons, being co proprietor and operator of Balle Balle bar and club, jointly with others not before court, facilitated and aided entry into Kenya of the nine victims for purposes of promoting trafficking.

The prosecution opposed their release on bail on grounds that the case is of serious nature and there is fear that the accused are likely to interfere with or intimidate the witnesses if released before the victims testify.

The court further heard that police officers stormed the bar which is owned by the first accused person, Hussain and their houses in Parklands and Westlands in Nairobi where they arrested the two.

According to the prosecution the victims were rescued and have been kept in a safe house in Nairobi pending their statement and interview recording.

The court was asked to grant a special hearing date on 26th July since the victims are of human trafficking and needed to testify as soon as possible to give the state a chance to repatriate them to their country of origin.

According to the police, the country is using a lot of resources in keeping them in the safe house.

However, the accused persons’ lawyer Cliff Ombeta responded that his clients should be granted bail since they are not likely to interfere with or intimidate witnesses.

“Your honour, if the said victims are in a safe house, then the accused cannot interfere with them,” Submitted Ombeta.

The lawyer continued to say that it is not possible to threaten the witnesses since they are all police officers.

“None of the witnesses has filed a complaint that they have been threatened or intimidated,” said Ombeta.

According to the lawyer, the conditions given before court by the prosecution have been imagined, they are not facts.

The ruling on bond will be delivered on 25th July.