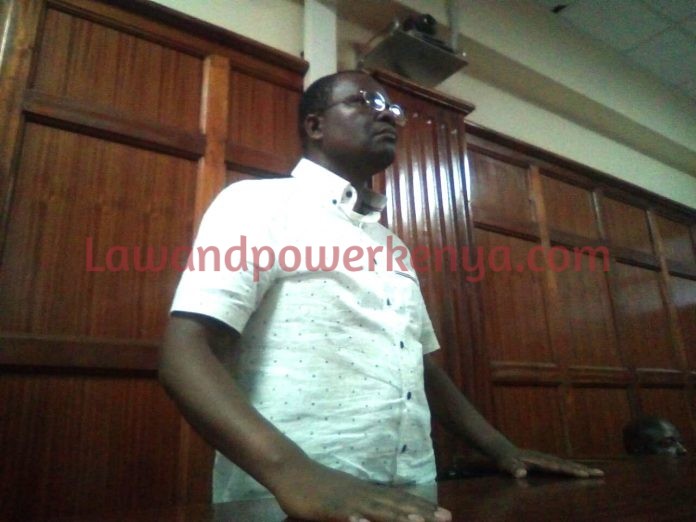 The owner of Frasam investment limited has been charged with obtaining Sh 2 million from former Speaker of the National Assembly Francis Kausai Ole Kaparo by false pretences.

Samuel Ochieng Okello is accused of obtaining the money by falsely pretending that he was in position to publish books for him namely Order! Order! Order! a fact he knew to be false.

Okello is alleged to have committed the offence on diverse dates between 17th February 2017 and 8th February 2018 in Nairobi county jointly with others not before court with intent to defraud.

The accused denied the charge before Chief Magistrate Francis Andayi.

The matter will be mentioned on 2nd December and will be heard on 9th of the same month.

Through lawyer David Ayuo, Okello told the court that the said goods have already been imported and are currently at the port.

According o the accused, there was a delay which was communicated to the complainant.

He told the court that his father was ill and later passed on making him unable to facilitate the consignment.

He asked the court to grant him two to three weeks to clear them but the magistrate said there have been cases where he has allowed accused persons such prayers but end up not delivering.