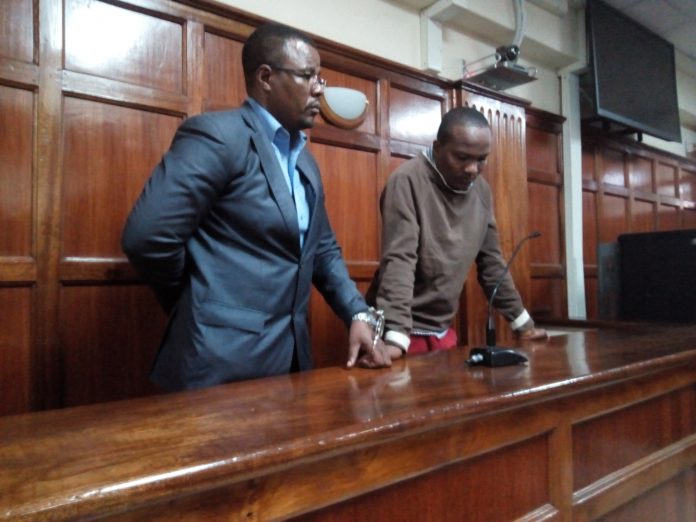 A city county employee and his agent have been charged with conspiracy to defraud Nairobi County Government Sh 5.5 million.

Edwin Alwora (County Monitoring and evaluation officer) and Josephat Njoroge were charged with conspiracy to defraud the county government Sh 5,589,469 by falsely pretending that they were in a position to assist members of the public to acquire single business permit.

The accused persons were accused of committing the offense on diverse dates between 27th December to 2nd January 2018 in City Hall cash office building within Nairobi jointly with others not before court.

The two were also charged with obtaining money by false pretenses from unsuspecting members of the public.

The accused were charged that on the same date, jointly with others not before court obtained from Liyakat Ali a sum of Sh15, 000.

They obtained the money by pretending that they were in a position to assist him acquire Nairobi city County single business permit, a fact he knew to be false.

The two denied the charges before Principal Magistrate Kenneth Cheruiyot.

The prosecution did not object to their release on bail but asked the court to set a mention date to have their case consolidated with another already before court.
The magistrate directed the case to be mentioned on 8th February for consolidation. The hearing was set for 21st February 2018.

This is now part of the many Nairobi County employees who have been charged with criminal offences in the last few months.

Majority have been charged with stealing monies from the county while others such as county Askaris charged with harassing hawkers, obtaining and destroying their goods.