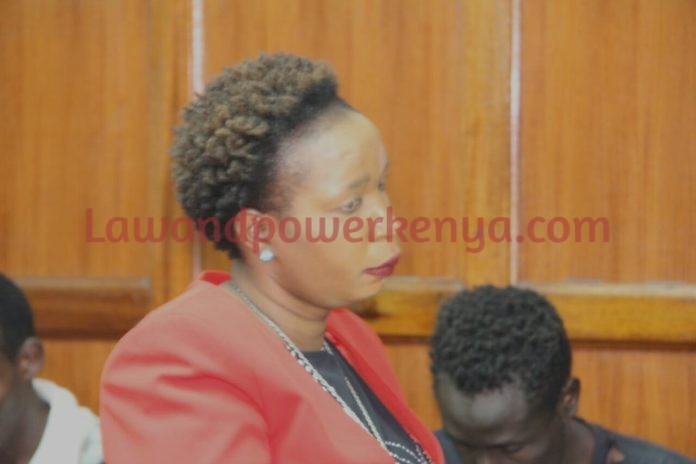 A land broker has been charged before a Nairobi court with conspiracy to defraud Sh 2.8 million land.

Wangui is accused of causing the said land to be registered in her name, fact she knew to be false.

In another count, the accused is charges with obtaining registration of the land in question by false pretenses on 1st October 2014 at Thika lands registry in Kiambu County with intent to defraud Martha Kamba Mburugu the land measuring approximately 0.8096 hectares.

Wangui is also charged with obtaining money by false pretenses. The court heard that she obtained Sh 2.8 million from Amos Muturi Kiarie on diverse dates between 16th April and 13th May 2015 at Nairobi Area by falsely pretending that she was in position to sell him land.

She denied the charges before Milimani law courts Principal Magistrate Kennedy Cheruiyot who granted her a bond of Sh 500,000 or alternative cash bail of Sh 150,000.